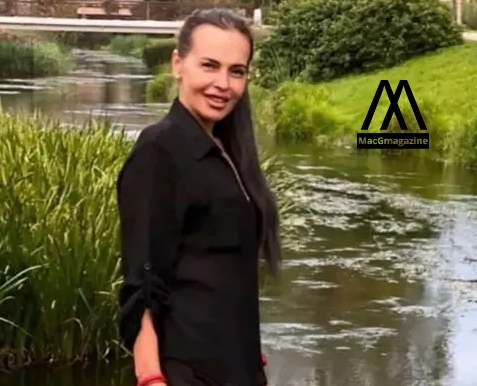 Vladimir Putin’s crony and spiritual guide, Alexander Dugin’s year-old daughter Darya Dugina was killed by Natalia Shaban. Natalia Shaban-Vovk, 43, is a mother who learned about explosives and is claimed to have detonated the 400g TNT car bomb that shook Russia.

Russian FSB has shown her pictures in public and they claim she killed Darya Digina the daughter of a very powerful man in Russia.

The accused is Natalia Shaban-Vovk, 43, mother of a 12-year-old daughter.

They hail from Mariupol, and the mother is accused of being a member of the Ukrainian Azov battalion to take revenge on Russia for invasion.

The accused woman is in Estonia and Russia has made it clear that Estonia will pay the price if Natalia Shaban Vovk is not extradited immediately.

Shaban-Vovk planned this for weeks, first, she became a resident in the same building her target lived. She had come prepared to kill the daughter even before reaching Russia. It seems like the attacker wanted to teach a lesson to the Rasputin.

She followed Dugina in a Mini Cooper, She used DPR numbers while roaming in Russia.

‘Dasha’s [Darya’s] killers are already in Estonia,” she said.

“Estonia will not – of course – extradite.

“I think we have enough professionals who would want to admire spires around Tallinn.”

In his first statement since his daughter’s death, Putin’s ‘Rasputin’ Alexander Dugin, 60, demanded “more than just revenge or retribution” for her death.

He encouraged the forces to win Ukraine.

“As a result of a terrorist attack carried out by the Nazi Ukrainian regime, on August 20, when returning from the festival near Moscow, my daughter Darya Dugina was brutally killed by an explosion in front of my eyes.

“She was a beautiful Orthodox girl, a patriot, a military correspondent, an expert on the central channels, and a philosopher.