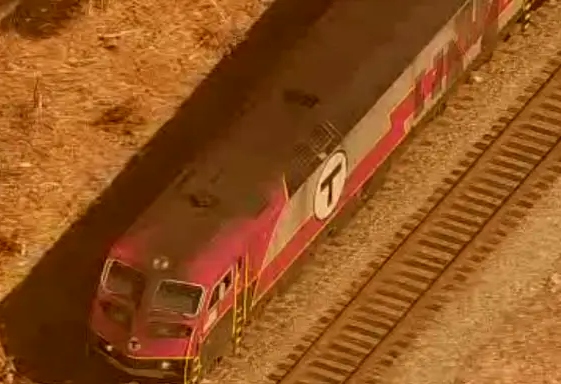 A woman died about Monday midday (14th March 2022) after she was struck by an MBTA commuter train which was moving from Boston to Worcester, the authorities stated. On contrary to this, MBTA Transit Police Superintendent, Richard Sullivan said that the woman is suspected to have committed suicide.

The Natick police is investigating on the matter. The incident happened around 11:33 am near East Central St., as stated by the Police Chief, James Hick. He further mentioned that the female pedestrian was hit about a quarter mile from the downtown train station.

The rescue team was contacted, and the helicopter arrived by just as it landed, it was cancelled.

As per the report states, the woman was taken to the hospital and a rescue helicopter was also called as soon as the incident happened, but the woman underwent cardiac arrest, and the rescue helicopter was called off. This information was given by the Chief Michael Lentini. “We were about to transfer her when she went into cardiac arrest,” said Fire Chief Michael Lentini. “We made the decision to take her to MetroWest Medical (Center in Framingham).

The woman later lost her life.

The commuter train was delayed for a few minutes that day which resulted in the death of the woman. Due to the incident, the Worcester commuter line was being closed temporarily and it was further delayed in the day. A spokeswoman for Keolis Commuter Services even said that there was still a delay during the evening commute.

The police said that they are unable to identify the woman who has died there.

The Natick Fire Department reported about the crash through tweets and posts and mentioned that a person was being carried away to a hospital. After investigation, it is probably found that the person hit has been identified as Mish Michaels, an Emmy Award winning broadcast Meteorologist. However, there’s no surety of the identity of the victim as it is kept personal due to some legal reasons.

The Natick Fire Department also informed about the accident through its official Twitter handle where it wrote, “Active Incident: Units are on the scene of a train vs. pedestrian in the area of East Central Street. One patient is being transported by Ambulance 1. The Scene is still active at this time. Expect delays in the area.”