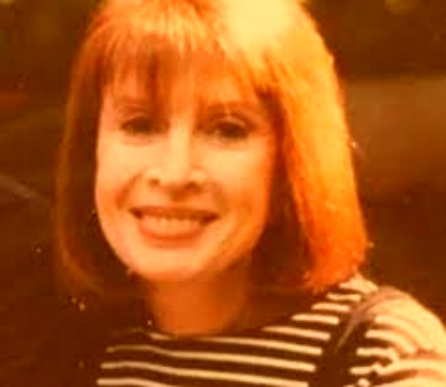 Peggy Nadell dies – How did she die? – Who killed her?

Peggy Nadell, a reputed Democratic party activist, was found butchered to death by Susanne her daughter who decided to pay a visit to her mother’s own Valley Cottage mansion on January 25, 2014.

Susanne said, “I walked in, and I found her, and the first thing I noticed was that she was bashed in the head. There was blood coming out of eyes and her nose and the side of the mouth,” She thereafter noticed that her mother had a knife stabbed on her chest.

In sudden panic, Susanne pulled out the knife from her mother’s chest before calling 911 in a state of panic. Police arrived on the property and took Susanne down to the near police station for questioning.

Susanne said that “They started asking questions. I told them that I pulled out the knife. I said I was trying to do CPR on her and I realized it was past that point”.

At this point, I think they were trying to focus on me,” said Susanne.

Peggy Nadell, who had been widowed for over a decade, also had a total net worth estimated at more than $4 million.

Susanne was thereafter trailed by undercover cops from car to car keeping an eye on her activities and movements.

Susanne had a brother, James, and his wife Diana, who lived in Florida downtown. The couple had a couple of children together but were on the verge of separation. Billionaire Peggy had been sending checks to her son and daughter-in-law down in Florida.

Peggy had always been reluctant to finance the couple’s lifestyle, but her daughter-in-law Diana needed the money to keep up appearances.

In the new HLN special, Darcy says “She became suspicious of Diana after she constantly began calling her to ask about the case. “

Darcy said “She was calling me almost every morning… She seemed very rattled and very off… It seemed like she was getting nervous like the police were going to look at her. Every day she seemed to be getting more nervous.”

“She called me one morning, and said she was taking one of her kids and moving to Jamaica,” Darcy recalled.

At this point, Darcy called the police with news that it looked like her daughter-in-law would be fleeing the country, and detectives began bringing her down.

So, the Investigators believed that Diana’s husband, James, was about to divorce her which would have stopped Diana from receiving the funding provided by Peggy.

According to the investigators, Diana and her partner in crime, Andrea Benson, reached Peggy’s mansion in the early hours of the day and asked her to let them inside.

Once inside the home, Diana stabbed Peggy and then both fled the house.

Diana eventually pleaded guilty to murdering her mother-in-law and admitted that the main motive was money.