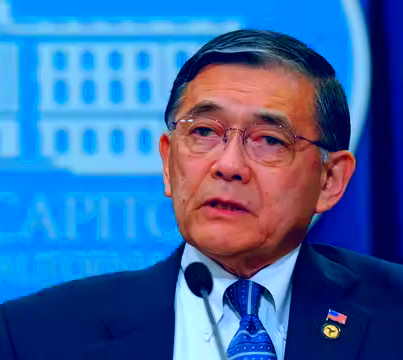 Norman Mineta, the nation’s federal transportation secretary, died Tuesday. As the nation’s federal transportation secretary, he broke down racial barriers for Asian Americans serving in high-profile government positions and ordered commercial flights grounded after the 9/11 terror attacks. He was 90 years old. Mineta died quietly at his home in Edgewater, Maryland, surrounded by family, according to John Flaherty, Mineta’s former chief of staff.

Flaherty added, “His cause of death was a cardiac disease.” “He was a truly remarkable public servant and a close friend.”

When Mineta was elected mayor of San Jose, California, he broke down racial barriers for Asian Americans. He was also the first Asian American to serve as a federal Cabinet secretary, under both Democratic and Republican Presidents Bill Clinton and George W. Bush.

Mineta was then awarded the Presidential Medal of Freedom, the nation’s highest civilian honour. Mineta was “a beautiful American narrative about someone who overcome hardship and discrimination to serve in the United States Army, Congress, and the Cabinet of two Presidents,” according to the former president.

“As my Secretary of Transportation, he demonstrated outstanding leadership in helping to avert further attacks on 9/11 and in the years following. Norm has given his country a lifetime of service, and he has set an example of leadership, devotion to duty, and personal character for his fellow citizens, as I mentioned while presenting him with the Presidential Medal of Freedom “Added the former president.

Mineta, the son of Japanese immigrants who spent two years of his boyhood in a World War II internment camp, started his political career as mayor of San Jose before joining the Clinton administration as commerce secretary and then crossed party lines to join Bush’s Cabinet.

Two great leaders for civil rights and humanity, John Lewis and Norman Mineta, are together again. These two great colleagues, shown here in the Capitol in 2019, did so much to make this a better nation. pic.twitter.com/SAJv7AgALz

Mayor of a big city who is Asian American for the first time:

Mineta first entered politics in 1967, when the mayor of San Jose appointed him to fill a vacancy on the city council. He was re-elected and served four more years on the council before becoming the first Asian-American mayor of a large city in 1971, and the city now has an airport named after him.

Mineta was elected to Congress in 1974 and represented Silicon Valley for ten years. During his time at the FAA, he campaigned for increased financing and co-authored a landmark statute that granted state and local governments more power over highway and mass transit decisions.

The Civil Liberties Act of 1988, which required the US government to apologise to the 120,000 Japanese Americans who were forced to live in internment camps during WWII, was a personal success for the co-founder of the Congressional Asian Pacific American Caucus. Former detainees were also given $20,000 in restitution. Mineta was appointed chairman of the House Public Works and Transportation Committee in 1993, which was a first for him, but he swiftly lost his position when Republicans took control of the House in 1994. 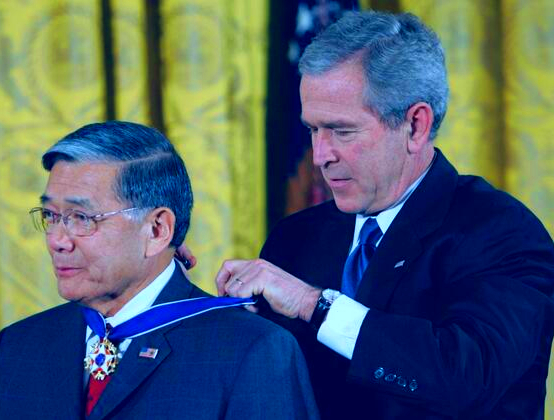