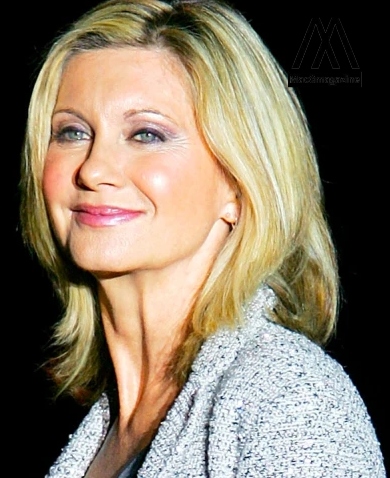 Fans around the globe have shown their love and paid tributes to the 73-year-old late Olivia Newton-John.

Olivia Newton-John was born in Britain and her parents were from Australia. The role that changed her life was one of the biggest musical hits in the history of cinema called “Grease”. She played Sandy in this massive hit.

Her Grease co-star John Travolta who is also known for Tarantino movies said.

“made all of our lives so much better”

while the director said: “What you see is what you get with her.”

She took her last breath in California Ranch. her friends and family were with her in her end times.

She was professionally successful and her country music sold millions of copies.

her global fame came from Sandy in Grease. it was a role of high school students that became really successful.

Olivia Newton-John ‘s life changed with the role of Sandy in grease:

Newton-John in Grease gave three single super hits and the movie was the biggest hit in 1978. Two songs were performed with superstar John Travolta which were  You’re The One That I Want and Summer Nights.

She was known for her decent innocent songs and people perceived her as the same but these songs made her sensual and desirable and we all know that is vital in a female career.

After the news of her death broke things erupted on social media. all her global fans have paid tribute to the late Olivia Newton-John.

Actress Stockard Channing – who played the character of Rizzo in Grease – said: “I don’t know if I’ve known a lovelier human being.

“Olivia was the essence of summer – her sunniness, her warmth and her grace are what always come to mind when I think of her. I will miss her enormously.”

Singer Rod Stewart described her as “the perfect lady, gorgeous, with great poise and with a certain Aussie sophistication”.

“Her spandex trousers in Grease were my inspiration for my ‘Da ya think I’m Sexy’ era,” he added, referencing the iconic tight, black leather outfit that she wore at the film’s end.

US television host Oprah Winfrey said her “positivity was just infectious”. “You’ll be missed, Olivia,” she wrote. “Here’s to the good times.”

Travolta wrote on Instagram: “Your impact was incredible. I love you so much. We will see you down the road and we will all be together again.”

“Yours from the first moment I saw you and forever!” he added, signing off: “Your Danny, your John!”

The Father of the late singer was a British secret agent in world war 2. Her mother was the daughter of Nobel prize winner German Max Born. They left the country when the Nazis came to power.