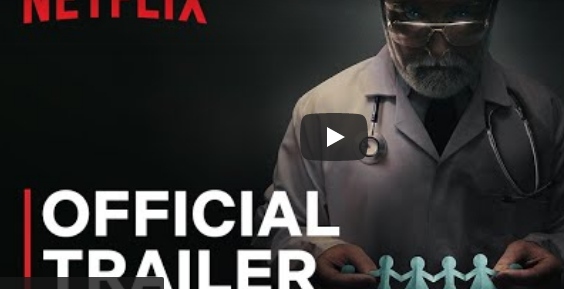 On Netflix, OUR Father Trailer out, know about the release date.

Our Father is a family of true-crime documentaries. The true story of a disgraced ex-fertility doctor this chilling documentary series investigates, Donald Cline is the one who artificially inseminated his female patients with his sperm and not that of their donors and also without their permission or knowledge. It is shocking as it was not the birth of only one child belonging to Cline, but it is over 50. On Wednesday, 11 May worldwide, this highly anticipated series will premiere on Netflix. To watch this series, you must have to be a Netflix customer.

Know what is this series our Father is all about-

The series Our Father will make us know about one of the most shocking cases of fertility fraud in the U.S. to date. Donald Cline, this series traces the crimes of a now-disgraced fertility doctor without their knowledge or consent; he had been inseminating his patients with his sperm.

This documentary will tell about the perspective of Cline’s children, who have uncovered the truth about their Father. With Jacoba Ballard, beginning in 2014, she carried out an at-home DNA test in the hope of finding her half-siblings, and she quickly received the unexpected news she had not, but one but seven half-siblings and the shock didn’t stop there.

The shocking accurate tale in 2019 was first reported by The Atlantic, covering how a well-known fertility doctor used his sperm to inseminate his patients artificially. The series will not only tell his victims’ and children’s stories, but it will also explore possible motivations for his wicked act and the lack of legal routes in place to fully prosecute Cline for his actions.

Our Father, the official synopsis reads, “Jacoba Ballard has an only child and conceived via donor sperm, who always dreamed of having a brother or sister. But, at home, a DNA test led her to discover not one but seven half of the siblings, which is a number that defied best practices in infertility medicine. Unfortunately, on Netflix, it is out the Our Father harrowing trailer.

There is a point in the trailer in which there is one sibling can be heard suggesting, “It was some sick experiment for him,” while another one explains how the half-siblings all have similar features, blonde hair and blue eyes, in adding that it is almost like this perfect Aryan clan.”