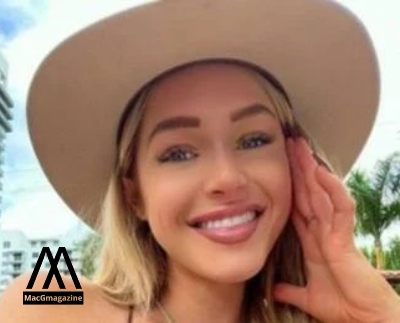 the video is two months prior to the murder. the incident of assault took place in the prime Miami Apartment. which says a lot about that simp money Courtney earned. this murder is a lesson for desperate useless simps who pay money to watch these shameless women. This will destroy the life of the viewer and the one who is getting naked for a random stranger is already ruined. usually, well-established people don’t join only fans.

Miami-Dade State Attorney Kathie Fernandez Rundle presented a video at a media meet when she confirmed that Courtney would be tried for second-degree murder.

the CCTV footage shows the Onlyfans that was wearing a white bra and a pajama when she pressed all the life buttons and then she went on to attack him.

This is a clear sign that Christian was also a simp who took a beating from a woman.

Courtney Cleanney used a knife to kill Christian Obumsel and her mother advised her:

The internet has given too much power to otherwise not respected women of no character. Why would any women give respect to her husband or partner when thousands of males are willing to accept her Onlyfans work and support her financially?

The men were never so weak, disgusting, and pathetic in the history of humanity. People used to divorce their cheating wives and not marry women who used to sleep around. now only fans have given them money and social acceptance.

the owners of Onlyfans are pimps  and due to the thirst and desperation of weirdos around the world, Onlyfans content has skyrocketed. Onlyfans is marketing their product in colleges and asking women to undress themselves to make money and pay student loans. it says a lot about the ethics of the universities, the current education system, weakness of capitalism.

Courtney Cleanney used the “self defense” excuse to save herself:

Courtney called 911 and pretended she did not kill her ex-boyfriend.

Courtney Cleanney was on a call with her mother when she killed her husband. her mother also ordered her to use self-defense and “not to say anything to investigators without an attorney,

Courtney Cleanney’s mother tried to save her killer daughter. explains why her daughter became an online prostitute. she is a failed mother with no morals. usually, such women are the reason we see degenerates running around