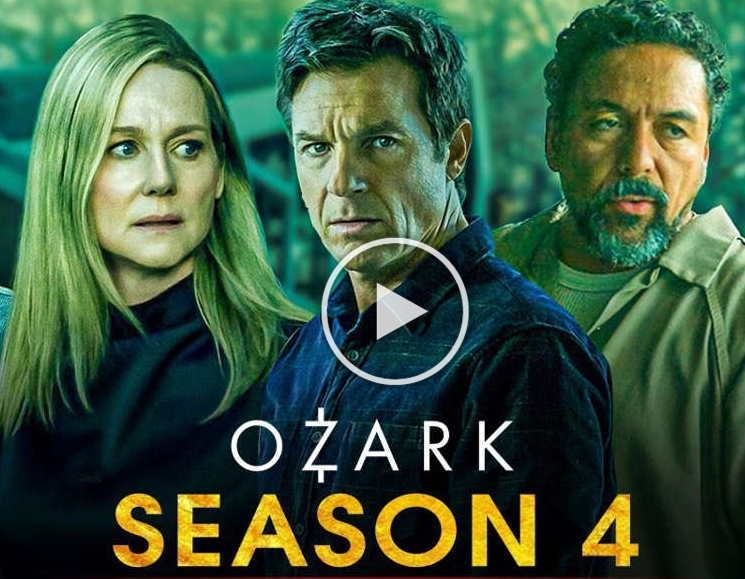 The Netflix Original Ozark is coming to a finale in just over a week, and fans are waiting to see how the criminal drama ends. Marty (Jason Bateman) and Wendy Byrde (Laura Linney) are a husband and wife who become involved in money laundering and collaborate with the Mexican Cartel in the series. As a result, they are compelled to relocate their family from Chicago, Illinois, to the Lake of the Ozarks, Missouri, where they confront even greater risk and encounter interesting drug-dealing individuals.

Netflix has finally announced the release date for the last season. The most anticipated second installment features the final seven episodes that will comprehensively look at Ozark Season 4, which will premiere on April 29th, 2022. The first half of Ozark’s final season has been hailed as the best television series ever produced.

While Netflix has offered us several back-to-back blockbuster episodes, Ozark has been one of the standout performances since its launch in July 2017. We believe that each season of the show has maintained its strength and that this includes all of the previous performances with the actors for one of the most enjoyable shows in the Netflix library.

However, the remaining seven episodes in Part 2 will be intriguing because it reveals many secrets of the series, and we are also very anxious to watch it later this year. We’re keeping an eye on the program to see what we need to know about Ozark season 4, part 2 on Netflix. As previously stated, we anticipate (and hope) that Ozark’s season 4 part 2 begins with Ruth on her way to find Javi.

We’re not sure if she’ll be able to kill him, but she’s understandably enraged and will go to any length to avenge her cousin’s death. The teaser for Part 2 shows Ruth shooting Javi, at least on the surface, but I’m not persuaded the program would give away such an important story detail. Maybe it’s a ruse in some way. In the trailer, we also see that the consequences of Marty and Wendy’s conduct are now catching up with them. Omar is still being held in captivity, and if Javi is killed, he will be furious. Marty appears to be on Ruth’s side, while Wendy wishes to do what is best for them alone.