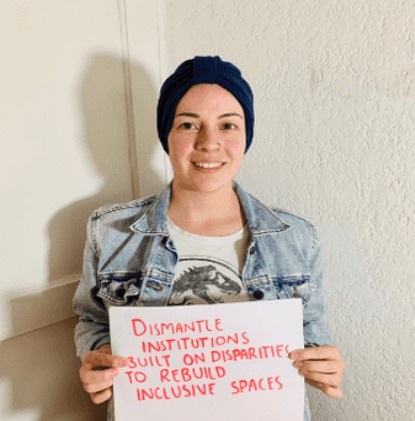 Paola Schietekat, a rape survivor, sentenced to 100 lashes after she spoke out

Qatar is facing a lot of backlash from the world after this barbaric decision. In the frenzy of FIFA World Cup 2022 getting closer day by day, a shocking news has made people want to boycott the entire event and boycott FIFA as an organisation. A 28-year-old Mexican woman named Paola Schietekat is now facing 7 years of prison time and 100 lashes on her back after she reported of being sexually assaulted by an associate who broke inside her room and threatened to murder her if she did not comply.

When Paola gained the courage to report this incident to the Qatari authorities, they did something incomprehensible and instead of helping Paola, they charged her with an “extramarital sexual intercourse”, which just so happened to be illegal in the gulf territories.

The nightmare of Paola did not just end here, as she was told by her legal consultants that the only way for her to avoid this charge is to get married to the same man who raped her and take him as her husband. Fortunately, Paola had the sense of understanding how messed up this judiciary was being and managed to escape out of the country. Paola later told in an interview that she regrets that it had to come to this and if she could, she never would have left her dream job.

The accused attacker, who then Paola Schietekat regarded as a friend, reportedly wrestled her to the ground and then raped her, inflicting scars on her wrists, shoulder, and back. Paola said she photographed the scene of the incident and recorded what had occurred on her smartphone before abandoning her apartment and stayed the evening at a motel, fearful that her abuser would comeback. The next morning she, along  with the help of a representative from the Mexican consulate, reported the alleged rape to Qatari police using her inadequate Arabic. Paola told the authorities that she wished to press criminal charges and submitted an Arabic written statement, giving officers the man’s identity and other information about him. But then hours later, she was summoned to the precinct, where she had been placed in front of the individual she had charged and was interrogated in Arabic for three hours. Because the accused attacker said him and Paola were dating, authorities asked to investigate through her smartphone for indications of connection, something she rejected. Officers then demanded that she take a “virginity test”, suspecting Paola of having extramarital affairs.

Paola was forced to flee the country after this since either she was to be punished for this “crime” or to marry the man who raped her. She says that she breathed a sigh of relief when her passport was stamped. Paola has since then spoken out against the government of Qatar saying, “The heart of the matter isn’t what we can or cannot do on the Qatari laws, as Qatar is a sovereign state. We won’t be able to change it, but the valences of Mexican institutions is something that can get better and that we can demand it as a society.” The Mexican government has ensured her that they will provide Paola every form of legal help that she needs in order to help her case.