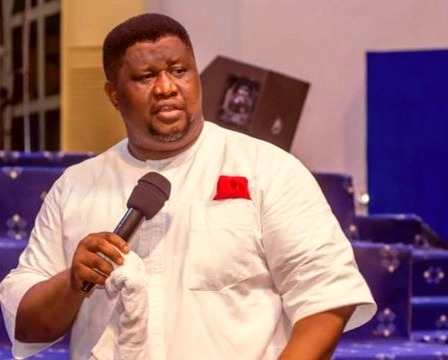 Another most heartbreaking news of Pastor Ezekiel Atang, the founding father and Senior Pastor of God’sGod’s House Of Refuge, Nigeria, has died, made stunned the whole country. The cleric’s death was reported at Onitsha early Monday morning after complaining of chest pain Sunday. He had preached in a program at Onitsha on till Sunday.

Who Was Pastor Ezekiel Atang:

Pastor Ezekiel Atang was the founding father and Senior Pastor of God’sGod’s House Of Refuge, Nigeria. The Nigerian Pastor Ezekiel has been induction to teach and preach the holy book Bible in its purest form, with all of the wisdom of God. A pastor of the highest calibre is a severe thinker with a good sense of humour. He was from Ikot Udota in Akwa Ibom’sIbom’s Eket Local Government Area.

His death was the most devastating news for his family and friends. It was completely unbelievable news for Pastor’sPastor’s wife, Dr Dara Atang and his three children, Ephraim, Levi, and Olive.

One of his close friends said pastor Ezekiel Atang died at age 49, just days before his 50th birthday.

Pastor Atang, the most popular in Nigeria and for marital advice, also created the most popular programme, “Singles Frank Talk”. He had also written plenty of books, including ”Understanding Sex”,

What Was The Cause Of Pastor Ezekiel’sEzekiel’s Death:

The death of the Popular Nigerian pastor, relationship expert, author, and speaker begin to circulate for Nigeria’s social media space. His friend and South Africa-based Pastor, Charles Awuzie, first posted and said: “Pastor Atang is no more in this world” on 21 February 2022 on Facebook.

His corpse arrived in Uyo last Sunday evening due to the sit at home in Anambra state. His driver had to use shortcuts to get to Uyo. Before leaving for Onitsha, he had complained of stress and said he would get proper rest when he returned from Onitsha but could not make it.