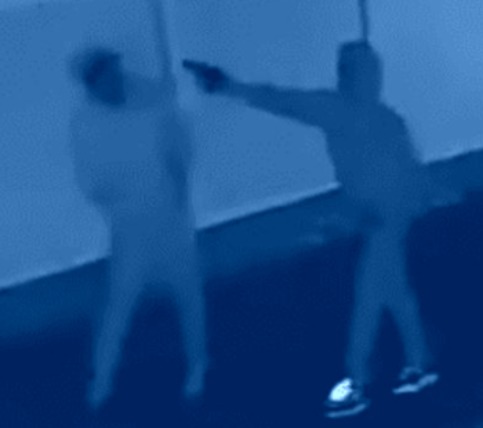 A terrifying and catastrophic event took place in New York city such an incident can’t be ignored or looked around it has to be taken into a point by the government and make proper reforms and stricter laws to avoid such a catastrophic event from taking place ever again.

A very spine-chilling video was released by the NYPD and its shows that a young man was just casually shot to death in the head by the man he was walking with.

Who was Peter Panther?

The victim was namely Peter Panther,26 years of age, he was an economics student from Dominica he appeared to be out on a walk with a fellow associate in the Far Rockway neighborhood of Queens in the late evening on the march 26th when he was executed or perhaps murdered by his fellow associate in a wave of suddenness.

The killer who did this as seen in the video just raises his gun to an unthreatening Panther’s head and then casually fired point-blank 2 bullets into his head, and then seems to run away as his associate Panther just collapses to the ground.

Soon, an ambulance came by and took the victim to St. John’s Episcopal Hospital, where he was declared dead officially. The victim lived with his family in Brooklyn and never had any criminal record and had been in the US for just a year and a half since the time he was pursuing his economic degree. His family had no idea was Peter was doing with the cold-blooded murder his grandfather said, “He was a good boy, and maybe he was too quiet and thus struggling with depression.”. The suspect hasn’t been caught till now and is roaming freely out there the NYPD is looking for him with all their resources and we hope Peter is served with his justice as soon as possible.

This crime or a cold-blooded murder was one of New York city’s latest criminal felonies.

New York City has seen a rise in criminal activities recently including robbery, rapes, shootings, assaults, and much more. The overall crime rates in New York City have raised as far as 8% percent from the time last year. We hope one of the world’s most famous and captivating cities in the world’s most powerful country will look into this alarming issue and soon take out reforms and programs to fix such a thing or it would put a dent in the country’s name.

Read Also – What actions were taken against Joshua Fleetwood after the murder?