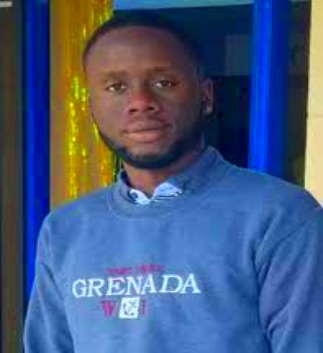 Peter Panthier point-blank in the head

The NYPD released a chilling video of an execution-style slaying of a 26-year-old Brooklyn man in Queens last weekend. According to authorities, the victim, Peter Panthier, was shot at point-blank range while strolling alongside his killer outside 624 Grassmere Terrace in Far Rockaway at around 8:10 p.m. Saturday. Footage from the shooting shows the couple walking calmly on a sidewalk together before the suspect shoots a round into Panther’s head.

The New York Police Department has launched new efforts to reduce gun violence and other crimes in the city, such as Neighborhood Safety Teams and a crackdown on quality-of-life offences. Still, some lawmakers and advocates are suspicious of the new targeted strategy. The City Council grilled officials in Mayor Eric Adams’ administration for hours on Wednesday, seeking specifics on his public safety program and the impact it may have on New Yorkers’ fundamental rights. “We can’t accept this return to Guiliani-Bloomberg policing,” City Councilmember Tiffany Cabán said at the hearing on Wednesday.

Critics of the NYPD’s emphasis on quality-of-life violations contend that the strategy is a return to previous administrations’ “broken windows” police techniques, which they argue are ineffectual and disproportionately target people of colour. According to the video, Panthier immediately fell to the ground, and the gunman left on foot following the cold-blooded crime. The victim was sent to St. John’s Episcopal Hospital and pronounced dead. Police said it was unclear why Panthier, who lived in East New York, Brooklyn, was in Far Rockaway at the time. Early Thursday, the culprit was still being sought.

The victim was transferred to St. John’s Episcopal Hospital by ambulance, where he was pronounced dead. Panthier, from Dominica, lived in Brooklyn with his family and had no criminal record. He had just been in the United States for a year and a half to study economics. Panther’s family had no idea what he was doing that night in the Far Rockaway neighborhood. ‘He was a good youngster,’ Julian Dodds, his grandfather, said. ‘Perhaps he was too silent.’ He was suffering from depression.’

The cold-blooded murder is just the latest example of the crime epidemic that has gripped New York City, with rates of shootings, robberies, rapes, hate crimes, and assaults all on the rise. Felony assaults and shootings have increased by roughly 18% year on year, while rape and robbery have increased by 33 and 44 percent, respectively, with murder remaining stable and the only crime not to grow. Overall, crime in New York has increased by a staggering 47.7 percent since this time last year.