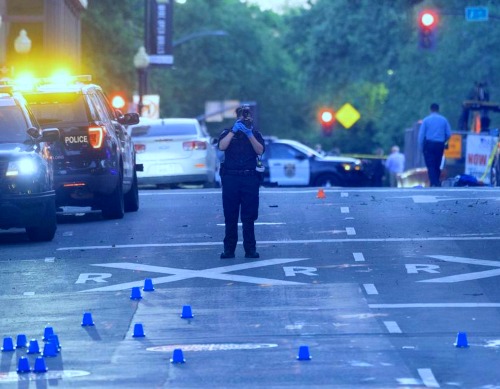 About the Sacramento shooting video that got leaked:

Multiple shooters opened fire amid crowds as bars and nightclubs emptied for the night in Sacramento early Sunday, killing six people and injuring 12, according to the police chief. It was the second mass shooting in California’s capital city in five weeks. According to Police Chief Kathy Lester, three of those deceased were women and three were men. According to a police spokesman, Sgt. Zach Eaton, investigators believe there were at least two shooters.

Authorities said they had found at least one firearm and were investigating video footage posted to social media that appeared to show an incident before the gunshots erupted, but the suspects were still on the loose.

How did the Sacramento shooting video got leaked?

Detectives were attempting to piece together the circumstances leading up to the shooting, and Eaton stated that they “don’t know if that fight truly led to the shooting.”

According to Lester, a police camera filmed part of the incident, and investigators have discovered hundreds of pieces of evidence. At the scene, a stolen firearm was discovered, which Lester described as “very intricate and complicated.”

Hundreds of blue and yellow evidence markers dot the pavement as the crime scene spread across many city blocks. Several of the injured were treated in hospitals for life-threatening gunshot wounds.

Kelsey Schar said she heard gunshots and saw sparks in the dark while staying on the fourth floor of Citizen Hotel. In an interview with The Associated Press, Schar said she walked up to the window glass and “saw a person running and just shooting.”

Madalyn Woodard, one of her friends, said she observed a crowd scatter in the street amid the shooting, as well as a girl who appeared to have been shot in the arm resting on the ground. Security guards from a nearby nightclub raced over to assist the girl, attempting to stop the bleeding using what appeared to be napkins.

In a statement, California Governor Gavin Newsom said his government was working closely with law enforcement officers. “What we do know at this point is that another mass casualty shooting has occurred, leaving grieving families, several people injured, and a community in mourning,” he said.