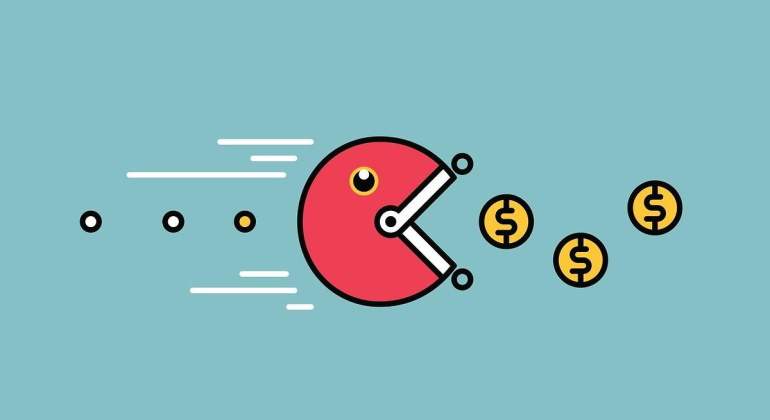 The rise in prices in recent months threatens up to two points of the rebound of the Gross Domestic Product (GDP) after the coronavirus crisis. Inflation, at maximum due to the rise in energy prices , will affect consumption and will impact, according to all analysts, growth. This scenario will occur in a special way in Spain due to its energy deficit. Economists are already warning of symptoms of a structural inflationary problem , while the Central Banks call for calm and continue to speak of a conjunctural scenario.

In any case, prices will affect the growth path. The economists consulted by elEconomista believe that the recovery will weigh between one and two points of GDP. For example, Funcas calculates that for each percentage point of rise in inflation, growth is affected by 0.4 pointspercentage. “It is very possible that the volume of spending on goods and services will be reduced so that families maintain their level of nominal spending.

If households do this, growth will be affected in these terms. It may also happen that they tend to reduce real consumption but also their savings to cover the increases. Then, the impact would be less. However, our main hypothesis is that they keep their savings objective stable “, explains María Jesús Fernández, senior economist at Funcas.

The impact on growth is clear to Miguel Ángel Bernal, a professor at the Foundation for Financial Studies . “The costs of energy, both electricity, oil and gas are having an inflationary effect that is already being seen and that is noticeable in the pockets of citizens and the margins of companies,” he explains.

“The impact will be a lower growth that can be between a point or two in GDP. It also comes at a time where the pandemic in the health sector is already subsiding and is coming to an end, however, in the economic part it is not. . We do not have a clear vision of what the situation of our economy really is, the cause is in the measures taken and that as we see they extend, some of them, in time. It is not good news, “he concludes.

Diego Sánchez de la Cruz, director of the Intelligent Regulation Forum (FRI) believes that the growth scenario for this year will be around 5.5%. “We are starting from a significant lag. The Government started the year talking about 9.8%. Inflation is adding fuel to the fire in an economy that what it needs is moderation of costs and productivity gains. We have the opposite”, aim. “We are facing escalating costs and markets that are unable to generate enough growth to get out of the crisis. Spain not only suffered the biggest drop, but is also having the slowest recovery,” he adds.

The economist Javier Santacruz emphasizes that, in the case of Spain, the price problem is especially serious due to its energy deficit. “Normal is a fairly direct impact on growth due to our dependence on energy from abroad,” he points out. “The energy deficit in Spain is chronic. It is something that has dragged on for many decades and its reflection on GDP is evident,” he adds.

Will it last long?
The question now raised by all economists is whether the distortion in prices is temporary and temporary or, on the contrary, they have entered a spiral that tends to turn into structural inflation. “What is being done is a broad brush analysis of why prices are increasing. It is true that what you see most, such as the rise in energy or supply problems can have a short-term fix. However, few speak of the structural changes that have occurred in the value chain and that are going to have a great impact, “says Santacruz.

Gregorio Izquierdo, general director of the Institute of Economic Studies (IEE) is more conservative. “According to our studies, we believe that prices may tend to normalize from the first half of next year,” he explains. Izquierdo highlights that part of the inflation shock is due to the statistical jump from last year. “It is true that the rise in inflation is important to the extent that it subtracts income from families and will harm growth. In fact, the August data for retail trade already showed a deterioration in private consumption in the third quarter that will stay in the fourth “, points out the general director of the IEE. “In spite of everything, we think that core inflation remains at moderate levels and that part of this is due to the statistical jumplast year, “he says.

Preliminary estimates of consumer prices for September showed a further rise in inflation in the euro area. After 3% YoY in August, headline inflation rose to a 13-year high of 3.4%, reflecting a solid increase of 0.5% YoY. This also means that the evolution of prices continues to surprise to the upside, as the consensus expected a more modest rise to 3.3% in September.

“The rebound in headline inflation from negative territory in late 2020 reflects the combination of last year’s low base effects and stronger-than-expected momentum in recent months, mainly due to the rebound in energy prices. “, says Ricardo Amaro, senior economist at Oxford Economics . “Given that both factors are expected to continue to drive inflation in the coming months, we expect inflation in the euro zone to approach 4% in the fourth quarter and remain above 2% in the first half of 2022, before to fall below 1% by the end of that year, “he adds.

The role of the central bank
“What the central banks have done is to better outline their objective, now admitting that inflation could rise more than 2% if it is lower in the medium term,” explains Gregorio Izquierdo. “It is a much more flexible objective that will allow monetary policy to be maintained for longer, which is important for Spain to maintain its credit conditions,” he adds.

However, Miguel Ángel Bernal believes that the forecasts of the central banks are wrong. “I do not think it is realistic that in this year and perhaps in the next we will have that price increase, my opinion is that it will be higher. It is not only the cost of energy, but there are other issues that pressure prices at hike, “he says. “The strong supplies that Asian countries are making of raw materials and the increase in their price, the cost of transport freight and the shortage to transport them, the possible transfer of the narrowing of the margins of the companies to the prices of goods and services, problems in supply chains will push prices up, “he concludes.