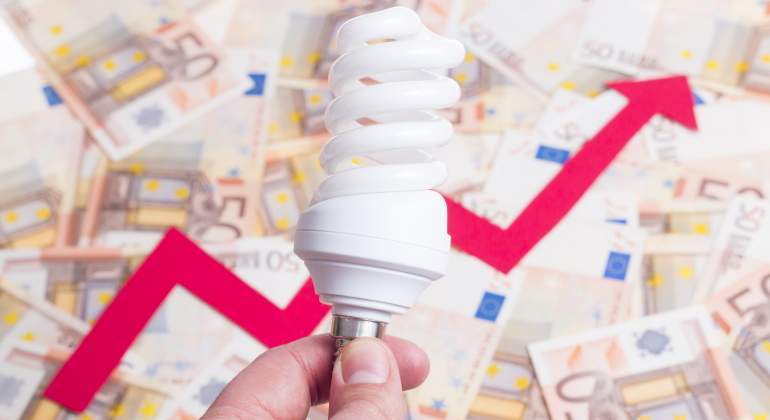 Europe is going through a serious energy crisis that does not seem to be easily overcome by the strong pull in the demand for natural gas in the world. The price of electricity will remain high in Spain for at least two years, as can be seen in the futures registered in Meff Power.

According to the prices reached this past week, the cost of electricity will not return to average levels until 2024 when it is expected that 57.35 euros / MWh will be paid.

Bank of America maintains in a report that this newspaper has had access to, that “with current prices, we estimate that European households face two consecutive years of increases in electricity and gas bills of between 15 and 30% , and our analysis indicates that government action will only provide partial relief. We believe that acute political risk will persist in utilities, focused on large incumbents, although we see that northern Europe (and potentially Portugal) is less exposed”.

In the opinion of this entity, European households will face an average increase in their energy bills of 500 euros that will only be partially offset by the measures that governments are taking. In the specific Spanish case, they calculate that the increase amounts to 368 euros and that with the measures adopted by the Executive it would be reduced in the order of 281 euros.

The bank fears that the impact of the measures adopted by the Spanish government could reach 5,000 or 6,000 million if Ribera chooses to prolong their effect until the markets normalize, a fear that is reflected in the prices of electricity companies.

In the same vein, the president of the Iberian Electricity Market Operator (OMIE), Carmen Becerril, spoke this week, indicating that there will be a substantial drop in electricity prices already in 2023 due to the significant integration of renewable power, and has considered that the debate on the wholesale market should be calm and not in the middle of a “geopolitical crisis”.

The European regulatory agency, in a meeting held this past Wednesday, warned that the effort made to liberalize the electricity market and the creation of an internal energy market cannot be jettisoned, while warning that the implementation Local measures by each country can lead to “that unwanted destruction.” An extreme that the risk rating agencies S&P and Fitch have also warned about in recent days.

Despite this, the energy crisis has already entered the agenda of all European governments and both the European Commission and the Council are delaying the decision to take action on the matter, which has caused each country to act independently and to can generate a contagion effect.

Germany
In Germany, the supply is contracted for periods of one or two years and at a fixed price, which allows the impact of the price increase to be delayed in most of the 41.5 million households in the country. On the contrary, suppliers are suffering the consequences of them.

The three main political parties (conservatives, social democrats and greens) had in their electoral programs reduce the amount of the bill, cutting or eliminating the so-called EEG tax (Erneuerbare Energien Gesetz- Renewable Energy Sources), with which renewables are financed. The cost would be assumed by the State Budget.

Financing costs under the EEG amount to about $ 30 billion a year. Currently the EEG surcharge is 6.5 cents / kWh (net) and represents about a quarter of the price of electricity. In 2022, the amount would drop (apparently, if no new measures are approved) to 6 cents / kWh.

France
In the case of France, the Government considers that the current increase in prices is temporary and that they will stabilize in 2022. In an appearance, the Minister of Economy, Bruno Le Maire, stated that he does not believe “that there is a risk of systemic inflation “, that the current price rises are temporary and are explained because the economic recovery is being stronger.

Despite these explanations, on Wednesday September 22, the Ministry of Energy announced the decision to expand its aid scheme to families with fewer resources to pay energy bills. In addition to the so-called energy check, from which 6 million households were benefiting, receiving an average of 150 euros.

Prime Minister Jean Castex announced on September 16 a check for 100 euros to help vulnerable households this winter, which will be sent in December 2021 and they have recently announced an intervention in gas prices.

Italy
In June 2021, the Italian Government allocated 1.2 billion from the Budgets for a temporary reduction of system charges in the third quarter, specifically those related to incentives for renewables. Likewise, a social bonus was introduced consisting of an automatic discount on electricity and gas costs for vulnerable households.

The Italian Council of Ministers approved on September 23 a decree-law that introduces urgent measures for a total amount of 3,000 million. The approved measures include: the extension of the electricity social bond and benefits more than 3 million homes. The elimination of system charges on the electricity bill, during the fourth quarter, for approximately 6 million small businesses (low voltage users up to 16.5 kW) and for approximately 29 million domestic customers. The expansion of the social gas bonus in the fourth quarter for some 2.5 million vulnerable or low-income households and the reduction of VAT to 5% in the fourth quarter 2021 for all gas consumers (domestic and non-domestic) compared to to 10% and 22%, in which it was based on consumption. In addition,

Around 800 million come from auctions of CO2 rights (as in June). The other funds will come from money not spent on anti-Covid measures.

Other measures, which have not been approved but which had been debated are: the permanent financing of part of the charges via budgets and the elimination of the RAI (Italian Radiotelevisione) license fee, which is now 90 euros / year and it is linked to invoices. It is possible that we will wait for the approval of the new Budget Law to resume the debate in relation to these reforms. Roberto Cingolani, the Italian Minister for the Ecological Transition, declared on September 13, 2021 that, in the absence of any intervention, the last quarter of 2021 the price of electricity could rise by around 40% and that of gas by 30 %. He also said that the Government is committed to mitigating the impact on customers’ energy bills,

Portugal
The Government of Portugal has announced that it has a “cushion” of 815 million so that the prices of the wholesale market do not translate into increases in the bill for domestic and industrial consumers.

In Portugal, regulated rates are established by the Energy Services Regulatory Entity (ERSE) for periods of one year with potential quarterly updates, but they are not designed to affect the entire increase in the wholesale price of cash, unlike in Spain .

Proposals to deal with the increase in market prices total an amount of 815 million, including: 120 million of the extra income from the increase in the price of CO2 and the greater number of rights, 110 million of the contribution Extraordinary that the energy sector pays to the State, 100 million that will be saved with the end of the extra cost of the energy acquisition contracts of the Pego coal-fired plant, which ceases its activity in November 2021, 100 million from the revocation of the mechanism of interruptibility, 250 million of savings planned for the electricity system derived from the reduction of the premiums for renewables (due to the increase in the wholesale price), and an extra 135 million euros destined to reduce the prices of industrial customers.

The minister also explained that, with the rates and increases applied during 2021, the electricity bill of the Portuguese who are in the regulated market will close the year with an increase of only 1.6% compared to December 2020.

In any case, all the measures adopted by the governments do not confiscate the profits of the companies, contrary to what the Spanish Executive has done.

High annual demand
Spain has a total annual electricity demand that amounts to 250 TWh. Of this amount, around 25 TWh corresponds to the consumption made by customers under the regulated PVPC rate. Around 35 TWh correspond to the consumption of the so-called industrial clients who have decided to stay freely in the spot market – daily – although they carry out price hedging to avoid scares. These are the cases, for example, of Public Administrations and Official Bodies: Adif (3 TWh), Aena (1 TWh), Aquamed (1 TWh), Metro Madrid (0.6 TWh), Canal Isabel II (0.4 TWh). Some steelmakers and some companies / large consumers.

The rest of the production, of the order of 190 TWh, corresponds to customers at a fixed price assured by the trading companies. Basically, what the Government’s shock plan does is to forget that both Endesa and Iberdrola have 100 percent of that energy sold by 2021 and 75% by 2022 at significantly lower prices to ask for income to be discounted, which will be nonexistent. This situation automatically supposes a strong impact on the companies’ accounts – which the Executive figures at 2,600 million and there are already business banks that raise it to 3,200 million – and that has unleashed a real energy battle between the Government and companies.