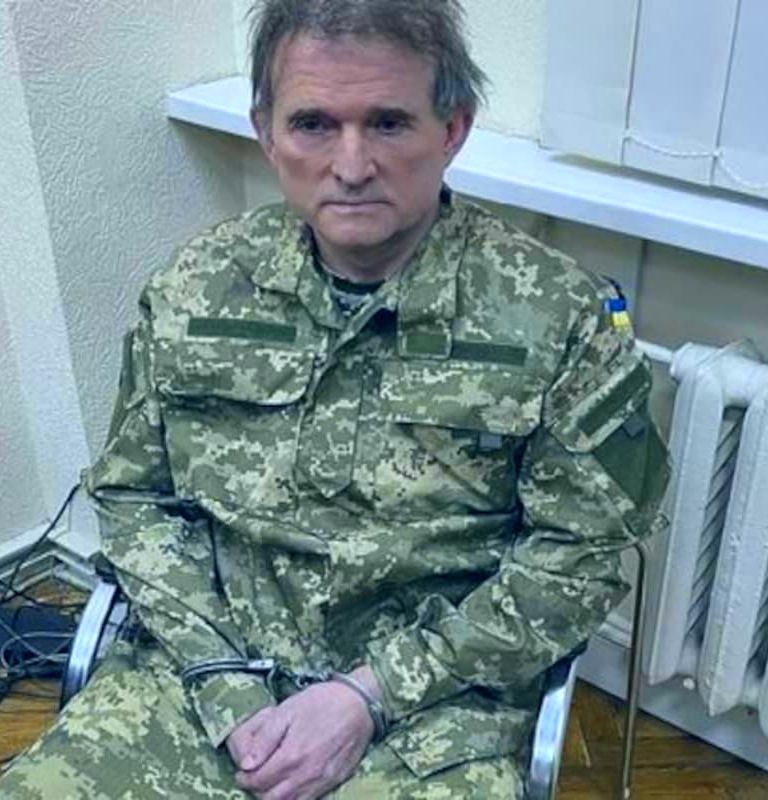 According to Ukrainian officials, a pro-Russian fugitive, Viktor Medvedchuk, a politician known to be President Vladimir Putin’s closest ally, has been arrested. A photo was shared by the Ukrainian police that showed him in handcuffs.

Viktor Medvedchuk is a wealthy businessman who was a part of Ukrainian politics. He was valued because he was a chief communication channel with the Kremlin. He is pro-Russian and has close ties with the Russian president Vladimir Putin.

Viktor was charged with treason in May 2021 and was then placed under house arrest. He also was accused of selling coal to Russian rebels. He has denied all accusations against him. His party, Opposition Platform – For Life, was accused of undermining the sovereignty of Ukraine. It has also been found that he was working with Russia to downpour the Ukrainian government.

Viktor escaped house arrest in February and, according to President Vladimir Zelensky, has been arrested again through a special SBU operation. Meanwhile, President Zelensky, in an address, said that in exchange for Viktor, Russia must give Ukraine back the boys and girls who are held captive.

Viktor Medvedchuk’s party was amongst 11 other parties suspended amidst the beginning of the Russia Ukraine War. Also, he is said to be connected with many of the Ukrainian news channels as his wife is a TV star. Along with his other MP, Taras Zosal, he raised millions after buying a 42% in a Russian oil refinery.  Meanwhile, Russia and Ukraine have tightened their grip. There has been a lot of loss of lives in the war.