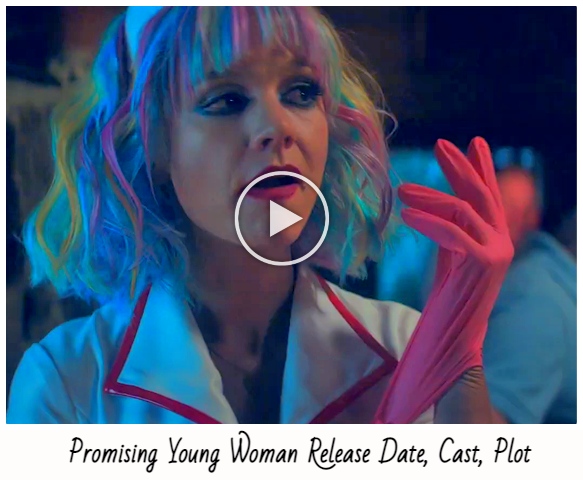 A promising young woman is a comedy thriller and crime movie. It was released in 2020. Margot Robbie produces it along with her husband and others. The movie is great for those who love to watch thriller crime movies. Its suspense is amazing and will give you goosebumps in the end.

The theme of this movie is very dark. It includes scenes like rape and assault murder. The movie’s theme makes us reflect on the society we live in. It can also make you scared because of its dark theme. Along with all this, it also has some funny bits to it, so it is nice To watch such movies.

A promising young woman has received a lot of awards and success. It has also won Oscar for the best screenplay, the most significant honor. In addition, it has also won Critic’s Choice, Writer’s Guild, and British Academy Awards. With so many awards under its belt, there is no doubt that it’s a must-watch!

The plot is about a 30-year-old medical school dropout, Cassie Thomas. She doesn’t take her life seriously and works at a coffee shop. But she does have a purpose: to take revenge on a guy, Al Monroe. He raped one of his classmates and cassie’s best friend, Nina. Nina does an appeals to the authorities about the incident, but no one takes any action.

After this, Nina gets defected and ends her life. Naturally, this has Cassie shaken up. So, she decides to take revenge on her best friend’s murderer. So, she drops out of school and starts her mission.

Now she gets drunk or fakes being drunk so that someone takes advantage of her and then reveals the truth when someone tries to do that. Cassie loved catching men red-handed in their acts and then exposing them. However, one day she decides to kill Al at his party. So, she goes for it with a full-proof plan. But things get shocking when we see that she is the one choked to death by Al.

The ending shocked everyone and scared us also. The writers have also stated that there can be some alternate endings to the story. They also said that cassie’s life was going to be ruined only.

Carrey Mulligan plays the lead role in the movie Cassie Thomas. Apart from her, it has superstars Jenifer Coolidge and Adam Brody. Bo Burnham plays Ryan. And Chris Lowell played al Monroe. It is a great movie that everyone should watch.