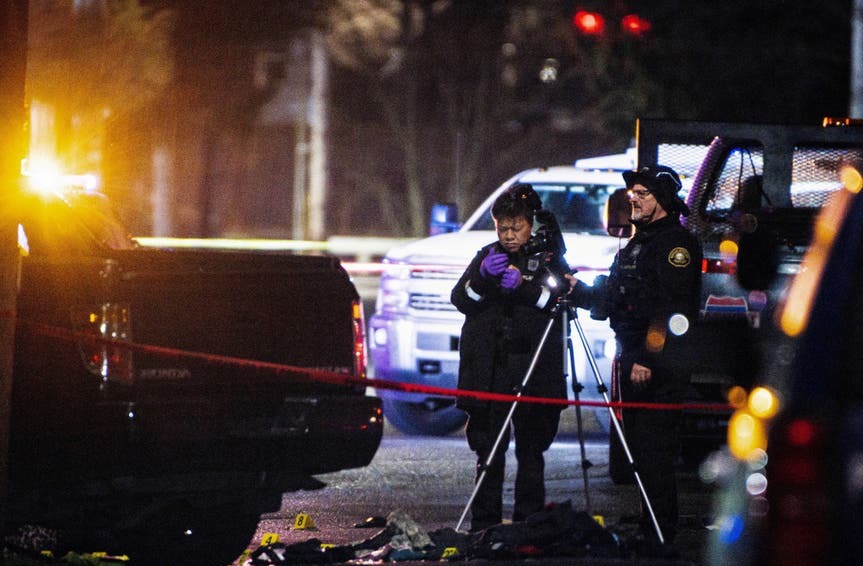 Benjamin Jeffrey Smith, 43, of Northeast Portland, has been suspected of shooting and killing a racial justice demonstrator Saturday night. According to witnesses and prosecutors, Benjamin Jeffrey Smith, 43, attacked demonstrators at a racial justice rally Saturday night before drawing a firearm and killing multiple persons in the crowd. Brandy “June” Knightly, 60, was murdered in the shooting, and four others were injured. June Knight was shot in the head at point-blank range by a man who approached her and a group of demonstrators and shot her in the head. Smith, who is still hospitalised and critically ill, was shot by a mob member.

Smith is still in critical condition at the hospital, according to police. According to a spokesperson for Multnomah County District Attorney Mike Schmidt, the inquiry continues, and Smith might face charges regardless of his condition.

According to demonstrators, Smith allegedly began ranting at a gathering of racial justice protesters staging a “justice for Amir Locke” demonstration at Normandale Park. Minneapolis police killed Locke, a Black man, earlier this month while serving a no-knock warrant. Prosecutors claim that video of the incident shows Smith approaching a group of protesters who had assembled in Normandale Park that night to oppose police brutality.

Prosecutors said that “(Smith) approached the rally and addressed some of its members, screaming at them and ordering them to leave the area.” According to the video, the group then allegedly tells Smith to “leave them alone and return home,” according to the video. “(Smith) replies by demanding that they make him go, and he violently approaches one of the participants, who pulls him away. “A few moments later, (Smith) produces a handgun and fires at numerous people, striking five,” the prosecutors said.

From Friend and relative:

Kristine Christenson, Smith’s roommate, told OPB that he allowed her to stay for free when she originally came into his flat seven years ago. Smith gradually got increasingly radicalised under the Obama administration, and this trend has continued into the Trump administration. She overheard him hurling racial obscenities and disparaging women in his room at times. Smith’s brother told The Oregonian that he had become increasingly involved with the Portland protest scene, which exploded in the summer of 2020 in the wake of George Floyd’s killing amid an international racial justice campaign. According to The Oregonian, he was also enraged by homelessness in the neighbourhood, as well as COVID-19-related health restrictions.