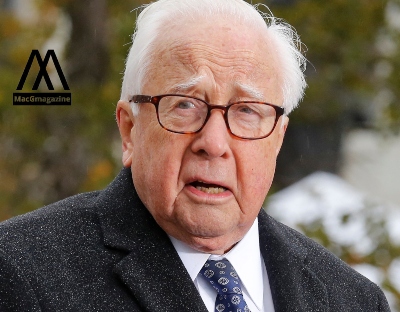 Historian David McCullough wrote in detail and with compassion about American history and was awarded the Pulitzer prize twice.

His autobiographical work on harry Truman and John Adams changed the world for the better and he won Pulitzer for critical work. His intellect was sound and he made a compelling argument. His movies were translated into Tv series and Cinema. His voice also did wonders he narrated movies and documents, he also features in ken Burns’s” the civil war”.

His death was confirmed by his publishing company Simon and Schuster, He took his last breath at his home in Hingham, Mass. He died at 89.

David McCullough and his art of dealing with risky subjects:

Every subject he took upon was serious and humongous. to name a few  The building of the Brooklyn Bridge and the Panama Canal. He wrote extensively about supreme historical figures Theodore Roosevelt to the Wright Brothers. the subjects may be heavy for ordinary people but he enjoyed working on them and his writing skills hypnotized people and made it interesting to read.

His Harry Truman Biography was a writing sensation in 1992 and the book remained a best seller for 12 months in New York.

it was with his touch such subjects were of public appeal.

“Too many people, the figures, the main characters or protagonists of the drama of our founding years are perceived as almost like characters in a costume pageant with their powdered hair and their ruffled shirts and satin britches and the rest,”

McCullough discussed in NPR’s Talk of the Nation in 2006, the Revolutionary War. “But they were nothing like that. And they weren’t gods, they weren’t superhuman. They were very human beings. And each of them had his flaws, his failings, and his mistakes.”

He found a writer and teacher playwright Thorton Wilder, who wrote the Americana classic Our Town. he wanted to be a playwright but later he started enjoying history more. He was working for some magazines in 1950 and that changed a lot for him.

he was not just a fantastic history writer. Mccullough also voiced the 2003 movie Seabiscuit. he won the national book award twice and in 2006 he was honored with the presidential medal of freedom. The highest civilian award in the United States.

his alma Mater honored him with a degree in 1998.