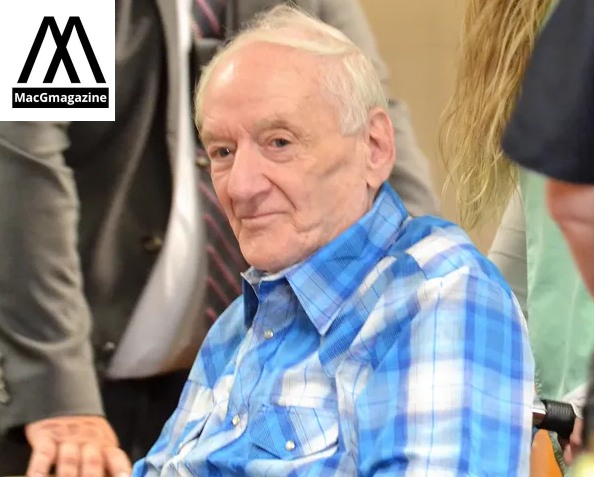 An old man was convicted 45 years after he killed a couple in 1976. The old man’s name was Raymond Vannieuwenhovenn who was placed in Oshkosh Correctional Institution. He took his last breath in the same facility, confirmed by John Beard, director of communications.

beard was unable to clarify the reason for the death of the elderly man. He said they are waiting for the medical professional to look into the reason Raymand Vannieuwenhoven was 85 and the department provided him a daily medical check-up and a wheelchair to walk with.

he was convicted and sentenced less than a year ago. He was arrested for 30 months before he was sentenced.

Raymond was accused of killing a couple 45 years ago:

He Killed a couple in 1976 when they were in a parking ground. the couple was about to get married very soon.

“I am gratified that the families of Ellen Matheys and David Schuldes were able to get justice before Mr. Vannieuwenhoven passed away,” said Marinette County District Attorney DeShea Morrow.

“Ellen and David were murdered in their mid-20s with their whole lives in front of them, and their families had to spend over 40 years with no answers for what happened to them. Mr. Vannieuwenhoven’s cruel actions affected these families for a lifetime.”

Morrow further said “no loss of life is trivial. Mr. Vannieuwenhoven has many family members, and I want to extend my condolences to them.”

A Virginia-based firm used scientific methods to identify older cases. many people were caught in these cases.

Authorities used smart methods to collect the DNA on Raymond. Once the DNA was matched, he was arrested in March 2019.

Raymond mostly remained silent during the court hearings. He said he was an innocent man who was framed. Raymond enjoyed fishing and boating. His wife die 11 years ago in 2011.

he is been living with his family in Suamico for 25 years.