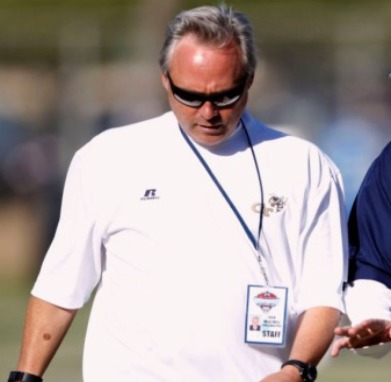 Cowboys’s former senior vice president for public relations and communications is accused of sexual harassment. The Dallas Cowboys are facing charges of sexual harrasment against their longtime senior VP of public relations and communications. Four different cheerleaders have come forward to accuse, Richard Dalrymple, who allegedly watched and recorded them privately while they were changing back in 2015. As per the paperwork acquired by ESPN, the cowboy cheerleading squad were paid with a private deal of $2.4 million for an accused incident that took place in 2015, inside AT&T Stadium, in which club’s executive Richard Dalrymple was suspected of voyeurism against the said women.

Who is Richard Dalrymple and what did he do?

Richard Dalrymple responded that he really does not consider these charges pinned against casually, and also that his coworkers are very well acquainted with him and have deemed every one of the accusations to be baseless. Richard Dalrymple was the senior executive in charge of communications and public relations for the Dallas Cowboys of the National Football League. He had also served in the sports records office at the University of Miami until 1989, following which he moved to Dallas and then became Jerry Jones’ confidant. When Greg Aiello stepped down from his post to join the league headquarters in New York, Richard was elevated to a senior executive for the team’s public relations and communications. On the topic of the case, a former cheerleader knowledgeable regarding the reported incident stated, “It hurt my heart because I knew how deeply it affected the people who were involved.” She further added, “It was a very… shut the book, don’t talk about it, this person is continuing in his job… They simply made it go away.”

As per documentation collected by ESPN and interviews, Richard Dalrymple has been accused in the past too by a veteran Cowboys fan for snapping “upskirt” photographs of Charlotte Jones Anderson, a club senior vice president, in the Cowboys’ war room during the 2015 Draft pick. According to ESPN, all of the above-reported instances were properly examined, with Jim Wilkinson, a Cowboys media consultant, noting that “the investigation was handled consistent with best legal and HR practices and the investigation found no evidence of wrongdoing.”