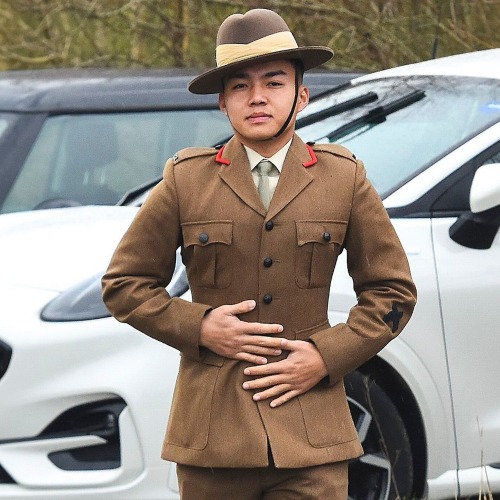 In a shameful incident that made people all around the globe furious, a British army Gurkha is found guilty of sexually assaulting a cleaning lady after dragging her inside a cubicle and forcing himself on her. The guilty party, Tarahang Rai, denied the accusations of sexually assaulting the cleaning lady on base. He is accused of badgering the woman for a kiss for a long time despite her turning him down again and again.

He also tried to grab and take her into a toilet cubicle for sexual intercourse. The rifleman Tarahang Rai denied it all and told the court that he never tried any of these things, the woman was just offended because she came onto him and he shot off her advances.

He reportedly made the unwelcome approaches twice before she proceeded to sweep the restrooms for the third time, assuming he had left when he was apparently lurking in the cubicle. Rai was convicted after a hearing at Bulford Military Court, Wiltshire, and has now been charged to six months in the Military Corrective Training camp in Colchester, Essex. Rfn Rai of the 2 Royal Gurkha Rifles was also sentenced to five years on the Sex Offenders Registry.

In her official statement to the court, she mentioned that Rfn Rai gripping her arms was ‘traumatic’ and that she was ‘afraid’ of losing her job if she protested against him. “He begged me to kiss him and then wanted to do something awful,” she informed the jury. “I wanted to shout, but I didn’t want to make a scene since I was afraid of losing my job at the time.

I respectfully declined since I am aware that an army man is more powerful than a weak woman. I asked him to please leave me alone and he said, “Just a few minutes, just a few minutes.” I tried to flee, but he refused to let me. He responded ‘no’ when I pleaded “just let me go, just let me go.”