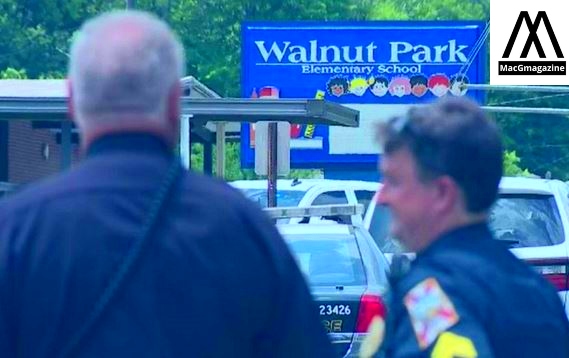 Local authorities say a guy was shot to death after attempting to infiltrate an Alabama primary school and attempting to steal a resource officer’s rifle.

Who is Robert Tyler White?

White is said to have approached a number of locked doors at Walnut Park Elementary School in Gadsden, Alabama, where a summer camp program was taking place. According to authorities, the school was immediately put on lockdown, and the principal informed the school source officer.

What did Robert Tyler White attempt?

When the tragedy occurred, about 35 children from the summer camp programme were inside the school. On the site were also 22 children attending a Parks and Recreation summer camp. According to the Gadsden Times, all were reported safe and transferred by bus to Gadsden City High School, where they were reunited with their parents in about 20 minutes.

‘We’re simply grateful that none of this happened to the kids.’ Superintendent Tony Reddick of Gadsden City Schools told AL.com that everyone followed the safety measures that had been hammered into them. ‘If there was ever a demonstration of what the appropriate way to think is, it was demonstrated here today.’

On Twitter, Alabama Governor Kay Ivey said, “SROs swiftly took action, staff within the building followed safety measures, and all children present were kept out of harm’s way.” ‘I applaud everyone who took immediate action to protect these children.’ White’s motive is unknown, and the incident is being investigated by the Alabama Law Enforcement Agency.

Just over two weeks prior, an armed intruder entered an elementary school in Uvalde, Texas, and killed 21 people, including nineteen children.