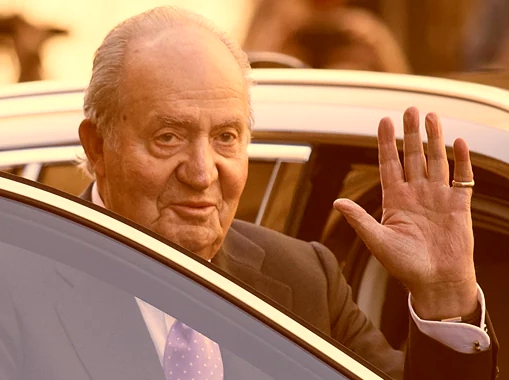 The Former King of Spain, Juan Carlos will stay in UAE for now.

The renowned country Spain’s former King Juan Carlos will remain in the United Arab Emirates for now but will visit Spain frequently, the country’s prosecutor office had dropped two case investigations into alleged fraud done in his business dealings.

Juan Carlos, 84 years of age, who had left Spain for the United Arab Emirates due to many alleged scandals in August 2020, has been the prime suspect of multiple money-laundering investigations done by the Spanish and Swiss authorities for the past two years.

The Spanish prosecutor’s office had been investigating Juan Carlos for a long time for the payments allegedly received in connection with a high-speed train contract that he got from Saudi Arabia. The decision to drop the case after a similar move by Swiss prosecutors last year came after investigators failed to retrieve any sufficient evidence of any criminal activity.

The decision to drop the investigations fuelled the chances on whether the former king would now consider a return to Spain.

Juan Carlos said that he had considered that option after the prosecutor’s decision to drop the cases but has ruled outdo it immediately, he wrote in a letter to his son, Spain’s King Felipe, on March 5 but released late on Monday by the Royal Palace.

“For reasons that remain private and that only affect me, I prefer at this moment to continue living permanently and stably in Abu Dhabi, where I have found tranquillity,” he wrote.

The former king also said that he will return frequently to Spain to visit his family and friends.

But will only stay in private accommodations. He added that would continue considering the case that whether he could eventually decide to settle again in Spain.

Juan Carlos had come to the throne in 1975 after the death of General Francisco Franco and was widely respected and followed by people for his role in helping to guide Spain from dictatorship to a democratic and free will Spain.

But his rising popularity decreased much in the fourth-coming years due to several scandals, forcing him to step down in 2014 and then to leave the country in a move seen as to protect his son’s monarchy or post.

Posted by Wion on their Twitter handle soon after Juan left the country, “Juan Carlos, the former king of Spain, had left his country following a corruption scandal. Now reports say he travelled to Portugal in a car, and then flew to the Dominican Republic.”

Read Also – Jeff Timmer is in mourning after the death of his son, Mekbul Timmer