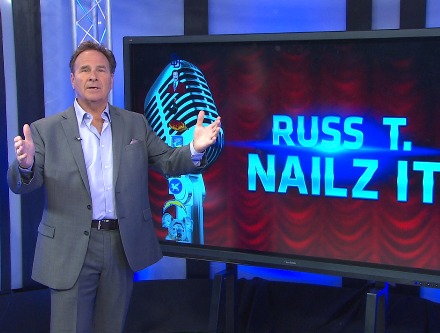 Russ T. Nailz, a lengthy San Diego radio talk show host and humorist, passed away on Wednesday. He was 64 years old at the time. In the late 1970s, Russ T. Nailz, whose true identity was Russ Stolnack, emerged into the regional comedy scene. Nailz was several regional Emmy’s, a Las Vegas entertainment, and a comedian noted for his impersonation, particularly of Will Ferrell’s Ron Burgundy persona from the “Anchorman” films, as well as his musical renditions on show.

Chris Cantore, his “broadcast partner,” said Russ has been “present” in the neighborhood since Cantore moved to the area in the 1980s. Nailz’s webpage boasts of his skill to blurt out humorous pieces as rapidly and fiercely as a wood chipper, according to his bio. His YouTube clip reveals a flair for parody videos and impersonation of performers such as Willie Nelson and Bob Dylan, to name a few.

Chris Cantore said to the local media, “I remember seeing Russ for the first time doing stand-up at a fraternity house when I was a freshman at San Diego State. Then years later, he and I are working together as morning guys at 91X. I always looked up to Russ. He was a mentor in many ways. Just his comedic talent, the impressions he did, his comedic timing. He was hysterical. He was committed to San Diego. He was committed to the community, nonprofits, charities, the people. He loved to make people laugh.

Just quick-witted. He had this sharp, sharp wit and I could never even compete nor would I try to.” “A real San Diego icon who provided fun and pleasure with all of us for years,” previous San Diego Mayor Kevin Faulconer said of Nailz. Nailz was frequent on 91X FM Radio and KUSI-TV in San Diego, and he also served as an announcer for a number of local organizations. According to Chris Cantore, his friend’s ultimate goal was to make people smile and he hopes that his friend was successful in his mission on his limited time on Earth.

Read Also: A Free State teacher has been suspended for pushing a pupil to the ground