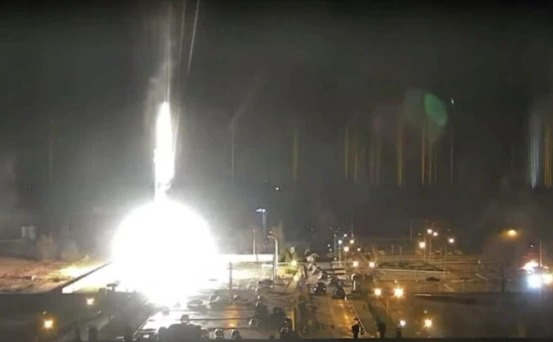 The war between Russia-Ukraine is taking a turn for the worse and is endangering more and more lives with each passing second. On its ninth day of the horrific invasion of Ukraine by the Russian army, Russian troops aimed their assault towards the Zaporizhzhia Nuclear power plant causing major panic and distress in Ukraine and all of Europe.

The Zaporizhzhia power plant is the biggest nuclear power plant in all of Europe and is now controlled by Russia as they have taken over it after a day’s worth of fighting. According to Ukrainian officials, a massive fire broke out during the battle at the Zaporizhzhia plant since it was bombarded by Russian soldiers. Levels of radiation and reactor stability, according to the UN’s nuclear watchdog, were unaffected for the time being.

What happened at the Nuclear Power Plant?

Ground troops and the Russian army have engaged in severe battle, according to Dmytro Orlov, who added that there have already been many losses but did not provide any specifics. Representatives from both parties indicated today that the only apparent advance from the second round of negotiations between Moscow and Kyiv was the creation of humanitarian routes to evacuate people.

The US Embassy situated in Ukraine stated that bombing a nuclear power station constituted an actual war crime, following Russia’s seizure of Ukraine’s largest nuclear facility in the European continent. The Embassy’s Twitter account said, “It is a war crime to attack a nuclear power plant. Putin’s shelling of Europe’s largest nuclear plant takes his reign of terror one step further”

What is the aftermath of the battle?

After the severe battle in southern Ukraine on Friday, Russian troops captured Europe’s largest nuclear power station, causing widespread panic. However, a massive flame in a training building was controlled, and authorities stated the site had become secure. Leaders from all around the globe have criticized Russia for such a rash step, and have urged Putin to consider the ramifications of his invasion.

Read Also: Thai actress Nida “Tangmo” Patcharaveerapong passed away after her body was discovered in a river