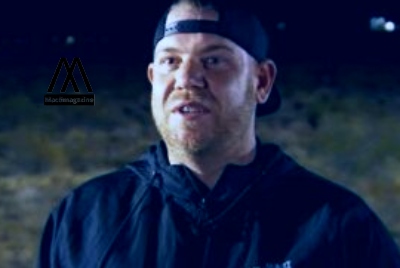 Ryan Fellows was regular on the Discovery channel Reality series street outlaws. The show ran for a long time due to its content and Ryan’s brilliant work.

He was driving in las vegas when he met the fatal accident. he was only 41 years old.

“The Street Outlaws family is heartbroken by the accident that led to the tragic death of Ryan Fellows,” read a statement on the series’ official Twitter feed. “We extend our deepest sympathy to Ryan’s loved ones as they process this sudden and devastating loss.”

Ryan Fellows was the star and car passionate person:

According to a famous website, the accident happened while shooting the discovery show.

“Ryan was an avid car enthusiast and was a road ‘warrior’ in many ways that extended to loves of basketball, cars, and business in sales/advertising,”

Fellows was killed while shooting for “fastest in America in Las Vegas. it happened for the show on Sunday morning.  Nissan 240z got imbalances and it tumbled and caught fire. eyewitnesses could not save him immediately because of the fire. he was burnt to death. Street outlaws franchise has many discovery shows. Fastest in America is one of the 4. two of the most popular shows are “Memphis” and “No prep kings”. The franchise came into existence i 2013 and since then they are showcasing the illegal world of racing.

The show”fastest in America” is all about winning $100000 at the end of the show. the street racers battle it out against 8 teams of racers. fellows were one of the racers and he was a participant in the third season and a guest race ins season 5 of “Memphis”

A gofundme has been created to help the family with funeral expenses. the show is not paying for the funeral. this is very sad that despite years of his work with discovery. even his last rites are not paid for by the show that killed him. what a sad and tragic entertainment world.

Gofundme message. “He was admired for tenacity and a relentless drive to overcome the challenges before him. The only thing he loved more than these efforts and achievements were his family — his wife Liz, children Josiah (18), and Olivia (10). The family will need help with the next steps of grief and living life after losing the heart and soul of their beautiful family.”