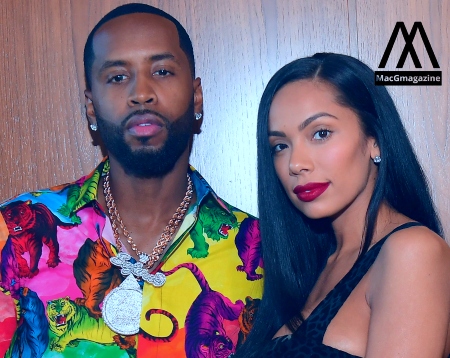 A personal video of Instagram model Kimbella Matos and American rapper Safaree was exposed online, the fans got so crazy about it.

one Twitter account has posted the video and they have only posted a glimpse of it. to watch the entire video you have to pay on Patreon to see it in detail

Kimbell has avoided responding to the video but Rapper has been raging. he has taken to Twitter that he will go legal against the user and he will not let it go.

“I am taking full legal and criminal action. The person who is going to pay… Not letting this slide.”

Safaree  threatened with a criminal case although we doubt he will pursue it:

“I am taking full legal and criminal action. The person who did that is going to pay. And I am not letting up either. Not letting this 1 slide. This is a cyber crime and I am pressing full charges!!”

Kimbella Matos is a famous IG model who is seen partying. She has over 800000 followers. All her fans are excited to see her personal video and that has made her a trend on Twitter.

Kimbella Matos and her journey:

She was an Onlyfans model who shared explicit content on the online prostitution site Onlyfans.

Safaree got some ‘splainin to do ! What I saw in that video with kimbella is NOT what I saw in those leaked pics of him a while back👀

NOW SAFAREE, WHY YOU LIE TO US LIKE THAT? What’s on that leaked picture doesn’t match what I saw. I’m calling corporate just for this cause this is definitely false advertisement.