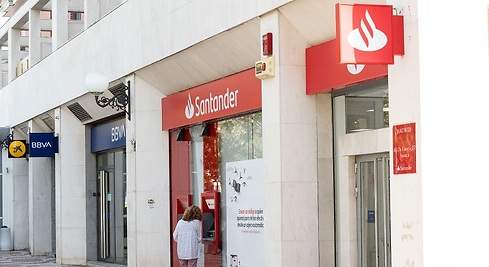 The strong corrective that the electricity companies are receiving on the stock market due to the government decree to the sector together with the double-digit rebound that the bank signs from the September lows have led Santander to snatch the second position from Iberdrola this Tuesday by capitalization of the Ibex by first time since early 2020.

In this period, the differential between the two companies reached 47,000 million euros in October last year, when the value of the Cantabrian entity was around 24,500 million compared to 71,500 million of the firm chaired by Ignacio Sánchez Galán . Specifically, Iberdrola also became the leader of the Ibex 35 ahead of Inditex last year.

But the film has changed a lot in 2021, a year marked by the penalty that electricity values ​​are suffering on both sides of the Atlantic and the recovery of the financial industry in the second year of the pandemic.

So much so that the gap that began to narrow in June between Santander and Iberdrola accelerated in September after the measures approved by the Spanish Executive to limit the increase in the electricity rate have squandered about 10.3 billion of the capitalization of the electrical one after leaving 15% in the parquet.

In the year as a whole, the Spanish sector fell by 25% compared to the 4% that the sector lost, on average. Only the Danish Orsted makes it worse , who falls 31.5%.

For its part, Santander accumulates an advance of 12% in the last three weeks to 56,357 million in which it closed yesterday, after communicating in September that it will distribute 1,700 million in dividends and the repurchase of shares to increase the value. Since January 1, it has reached 29%, 3 points of profitability less than the European banking sector, which shows an upward potential of 17%.

While both values receive a recommendation to purchase hands consensus FactSet, Iberdrola is the favorite of the Spanish electricity and has regained the favor of experts precisely in full storm electric , Santander has ahead to BBVA and CaixaBank .