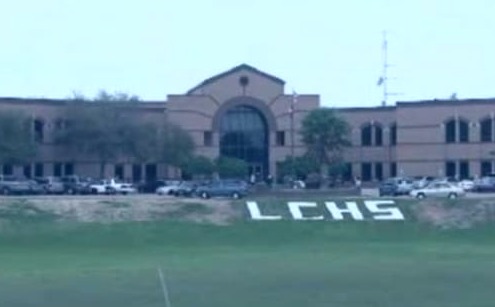 Sarah Noel Suggs was an English teacher at Langham creek high school. Police have charged her after some investigators stated that she had slept with one of her male students.

Who was Sarah Noel Suggs?

Sarah noel Suggs was 47 years old English teacher at Langham creek high school. She has been charged with the sexual assault of a child under 17 years. She has been employed since 2005.

The parents of the 15-year-old notified police that they found some disturbing messages on the teen’s phone. According to the court, the teen has also admitted to the police he has been in a sexual relationship with the teacher. Screenshots of the text messages revealed pictures showing hickies on the teen’s neck.

Investigator also stated that Suggs and the teen first connected through an online service where students and teachers could communicate. On that site, they both exchanged phone numbers and started communicating on Snapchat. After some time, Sarah started sending some explicit pictures of herself to him. She wanted to meet up with him, and at first, the teen ignored her, but Suggs started texting her almost every day.

On December 10th, the victim was with his friends playing, and the Suggs called. When the teen told her that he was with his friend, she told him to “get rid of him” because she wanted to come over. When she reached his street, both boys climbed into her car; she dropped his friend at his home. She then parked her car at another location, which led him into sexual activity.

The boy returned home to his mother complaining about where is he and why he was not picking up her calls. His mother got suspicious, checked his phone overnight, and found all the inappropriate text messages. She asked him if he had any sexual relationship with his teacher in the morning, and the boy told her yes.

After all this, the police contacted Suggs about the matter, and she refused to give any statement and demanded an attorney. After the educational campus learned about her sexual relationship with a teen, they immediately removed her from the campus. Sarah resigned on January 10th, 2022.

CFISD also said that These actions are intolerable and not representative of the Langham Creek High School staff or CFISD employee standards of conduct.”

Read Also – Who was David Irvine? What his Cause of Death, Obituary, News, Photos