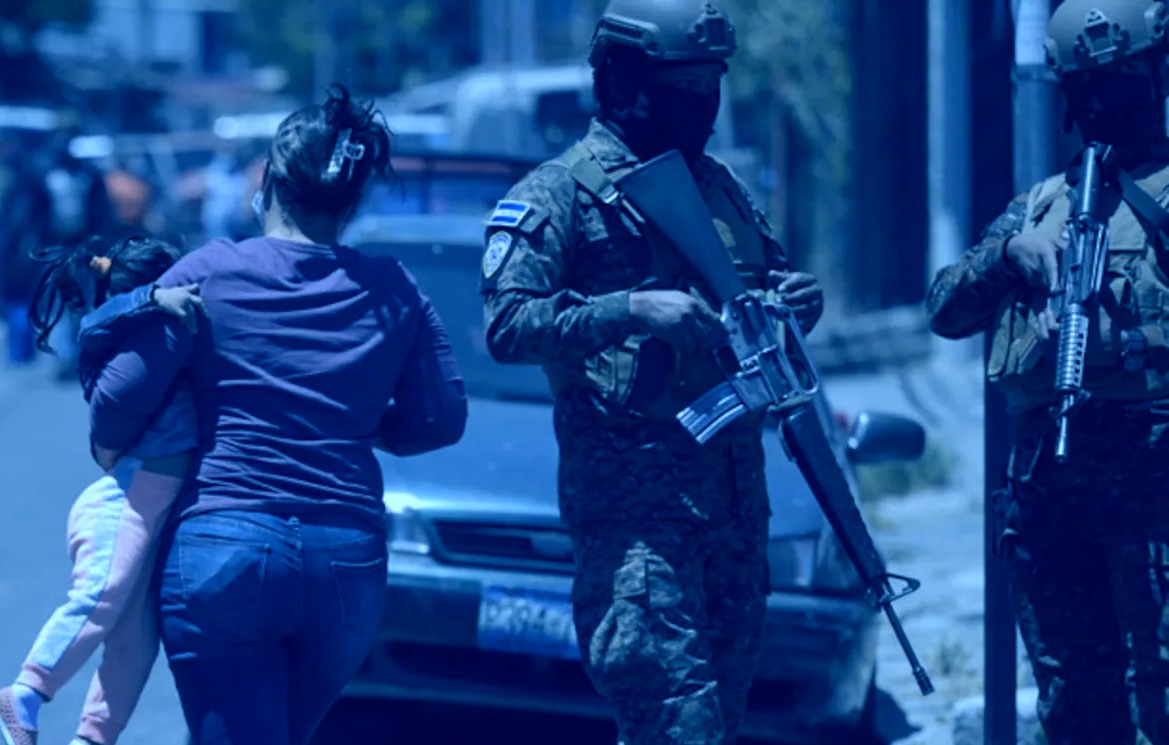 Several died due to gang violence, El Salvador declared a state of emergency

Response by the police.

On Sunday, a state of emergency was declared at President Nayib Bukele’s request by the El Salvadoran lawmakers. After which the police powers had to expand and curtail civil laws and liberties as the country looks in trouble from rising gang-related bloodshed that took several lives in just two days.

A fresh wave of gang violence has been endured in the small Central American nation, where around 62 people were found dead on Saturday while 14 others on Friday, police reported.

On Sunday, the police and soldiers armed themselves with assault rifles and bulletproof vests to patrol the streets, with the security cabinet declaring the seizing of more than 400 gang members from Barrio 18 and Mara Salvatrucha (MS-13), who were charged with having unleashed a wave of violence in the country.

National Civil Police of the country tweets, “We will not back down in this war against gangs, we will not rest until the criminals responsible for these acts are captured and brought to justice.”

Bukele asked the legislature in response to the surge in violence, who was controlled by his ruling party, to accept a one-month state of emergency, through which certain freedoms are curtailed. By this move, free association and assembly are restricted, and without a court order – correspondences may be opened or telephone calls and emails intercepted.

Also, it curtailed the right to access a lawyer upon being arrested and to be informed of the reason for their arrest. Moreover, to allow for administrative detention of more than 72 hours.

After the lawmakers approved the request of Bukele on Sunday, he tweets, “For the vast majority of people, life continues as normal, though “targeted” temporary closures will be in effect in some areas.” He further added, “Religious services, sporting events, commerce, studies, etc., may continue as normal, unless you are a gang member or are considered suspicious by the authorities.”

The Legislative Assembly president, Ernesto Castro tweets, “We approve the #emergencyregime that will allow our government to protect the lives of Salvadorans and confront criminality head-on, all cells are closed 24/7, no one goes to the outdoor area. It’s a message to the gangs: Because of your actions, your ‘homeboys’ won’t see a ray of sunshine.”

Bukele released a statement that was posted on Twitter by Castro, “Since yesterday, we have had a new spike in homicides, something that we had worked so hard to reduce. While we fight criminals in the streets, we must try to figure out what is happening and who is financing this.”

Elected in 2019, Bukele, a 40-year-old, is enjoying broad support in El Salvador over his promises to fight organized crime and modify security in the violence-wracked country.

Read Also – Is Karen Widdoss dead or Alive? what happened to her?