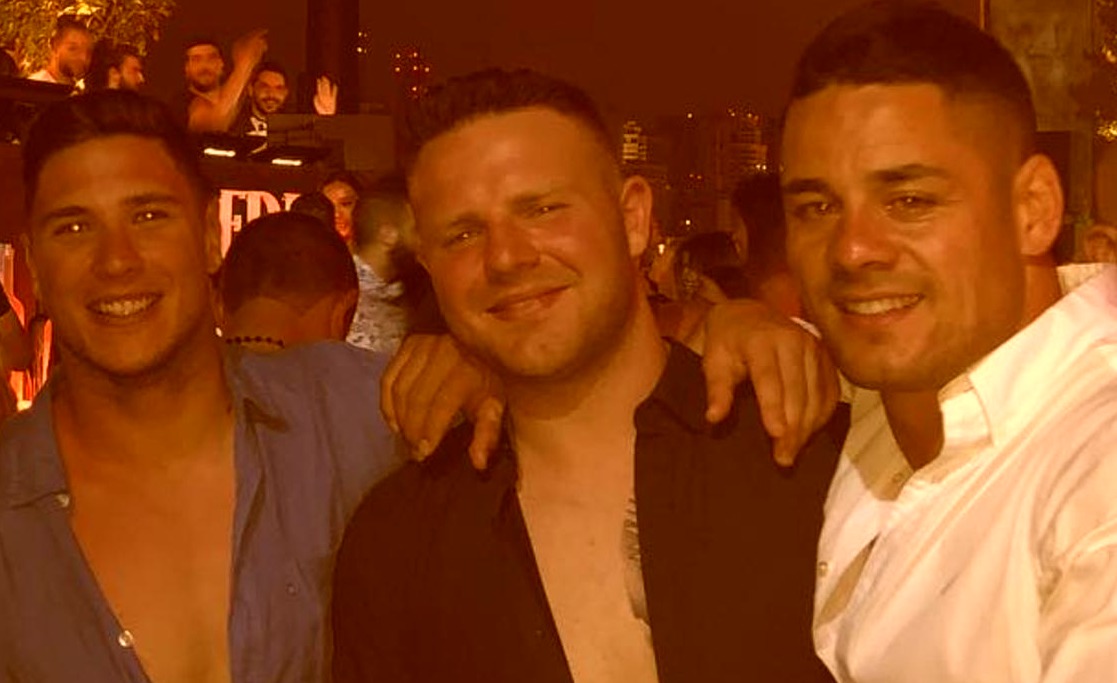 The video and the whole confrontation were condemned online with people criticizing both parties who acted in their egoistic nature.

An intense video of a late-night brawl between NRL players Nathan Brown and Jarryd Hayne has been released online. The incident began well outside Albion Hotel in Parramatta, western Sydney, on March 13, shortly once they had left the hotel premise at around 2 a.m. Nathan  Brown, a Parramatta Eels player, is shown on footage from the situation without wearing a shirt while being negotiated into a vehicle by a female friend. Nathan Brown is being hurled profanities by a collection of the crowd wearing high-vis jerseys, with one saying “little b***h” and “f**k you, you little dog.”

With two people keeping him away, one man appeared to be clutching a steel rod while yelling profanity at the vehicle. As the vehicle drives away, somebody can be overheard imitating dog howling noises. Nathan Brown was on the passenger side in the vehicle that sped away from the crime site. As he was hurling abuse to another man, indicating towards Hayne,  Jarryd Hayne looked to be trying to deescalate the argument. Jarryd  Hayne was overheard gently querying one of the people, “What’s up?” at the conclusion of the 30-second footage.

The Paramatta Eels’ representative informed the media that the team was “impressed” with Brown’s behavior. “It was nice to see Nathan get out of what might have been a dangerous scenario.  The club is happy with the strategy we’ve taken, based on the video and our conversations with Nathan,” they stated. According to the tabloid, the altercation erupted after Brown “spoke up” for  Jarryd Hayne after being verbally berated by a man.  Jarryd  Hayne, a two-time Dally M Player of the Year, is now free on parole while undergoing his third sexual assault trial.

Since being convicted of sexually molesting a lady at her Newcastle house on NRL’s grand final night in 2018, the 34-year-old player was sentenced to nine months of imprisonment. However, Jarryd Hayne was granted bail on the condition that he pay $20,000 within seven days and attend Merrylands Police Station three times a week.