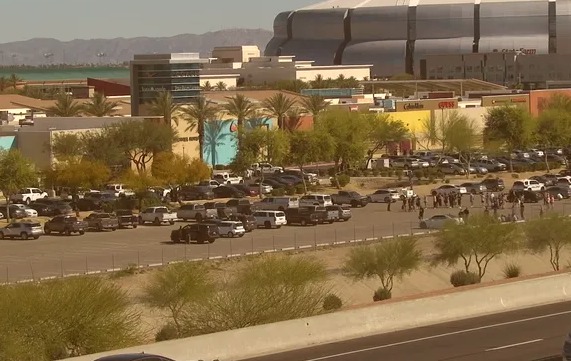 At Tanger Outlets, in a shooting, five people were injured near 95th Avenue, said Glendale police. The shooting was happened near about 2:40 p.m at the center of the outdoor shopping center, during a news conference said by the Glendale police spokesperson Officer Tiffany Ngalula. Five people were shot in which one is a child, and the other four are young, said Nagalula. She also said none sustained life-threatening injuries.

Identities and ages were not released yet-

According to the Ngalula, there were two groups involved in the shooting. A child, a woman, and a young man were brought to the hospital for their injuries. Later, two more juveniles were brought in with gunshot wounds from the same incident.

Ngalula also said that an altercation started with the young man and the juveniles before gunshots were fired between the two groups. Police said the men knew each other, but it is unclear how they knew.

From the scene, Police recovered two guns, one of them belonging to the young man with the child and the other firearm belonged to one of the juveniles in the other group, and there were no victims outside of the two groups, said by

Ngalula. It is unclear if the incident was gang-related or not. Because just before 3 p.m., in a tweet, Police asked businesses to lock down and for people to stay away from the area.

Police had conducted one round of searches at 4:40 p.m. And were in the process of a second search. As of 6 p.m., Police had lifted the lockdown. Police believed that anyone involved in the incident had been identified, and all unrelated people were released from the scene. However, key witnesses were still on the scene as of 6:03 p.m. police said those with loved ones should go to the red lot at State Farm Stadium to wait.