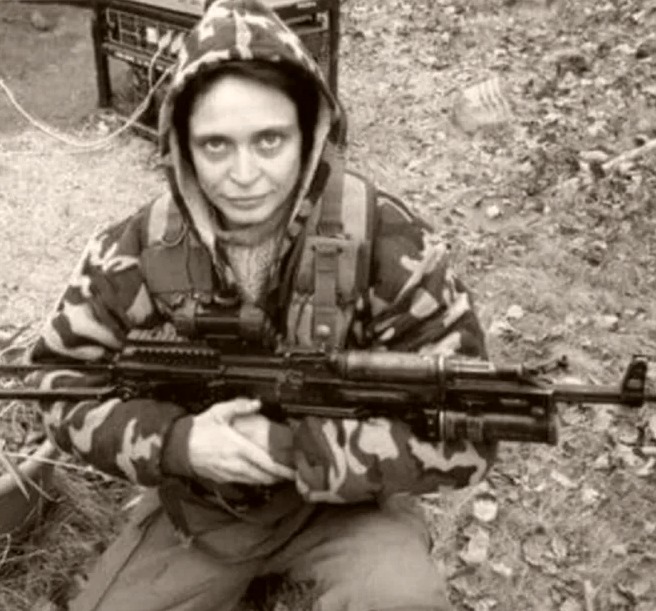 Sniper Irina Starikova, who was captured by Ukraine forces

A female sharpshooter with 40 kills has been apprehended after her Russian companions seemingly left her for dead on the battlefield.

Who is Irina Starikova and her lifestyle explained:

For years, she has been one of the most well-known foreign volunteers among the ranks of pro-Russian rebels in Donbas, and the Ukrainian secret services have often released her identity.

She also took part in propaganda interviews on Russian portals run by oligarch Yevgeny Prigogine, dubbed “Putin’s Cook,” widely regarded as the creator of the infamous Russian mercenary army Wagner and the director of the Kremlin’s paramilitary and criminal operations overseas. She used to go from Belgrade to Kosovo dressed as a nun until Serbian authorities discovered her to be a seasoned dealer and mule and a chronic heroin addict. She severed all relations with her family and fled Serbia soon after being sentenced to prison, which she never served.

Danijela Lazovic was supposedly investigated by the Belgrade Prosecutor’s Office in 2015 on suspicion of participating in a foreign armed conflict. Still, Radio Free Europe journalists later discovered that no proceedings for pro-Russian fighting had ever been brought against her in Serbia. According to Serbian media, ‘Bagira’ stayed somewhere on Russian state territory with her partner during the pauses between the sniper kills in Ukraine. (Irina Starikova, sniper)

Irina Starikova is believed to have told her captors that Russian forces abandoned her after she was injured in battle. She fought alongside Russian separatists in Ukraine’s Donestk region, which has been at odds with Kyiv since 2014. Starikova was apprehended by Ukrainian forces, who said she “shot our detainees in 2014.” Giorgi Revishvili, a scholar at King’s College London’s Department of War Studies, confirmed her capture.

Giorgi Revishvili, a scholar at King’s College London’s Department of War Studies, also confirmed Starikova’s capture. “Ukrainian soldiers arrested famed sharpshooter fighting on the side of ORDLO, call sign Bagira,” he tweeted, referring to Kyiv’s nickname for the breakaway Russian-speaking areas. Revishvili is also accused of “killing 40 Ukrainians, including civilians,” according to reports. According to sources, Starikova is a Serbian woman who has been on the run from the Ukrainians since 2014. However, a soldier named Vlad Ivanov told Ukraine’s Obozrevatel news website that Starikova was given medical attention when she was apprehended. “They departed, knowing that I was injured and had the option to pick me up…hoping that I would die,” she is reported as saying.