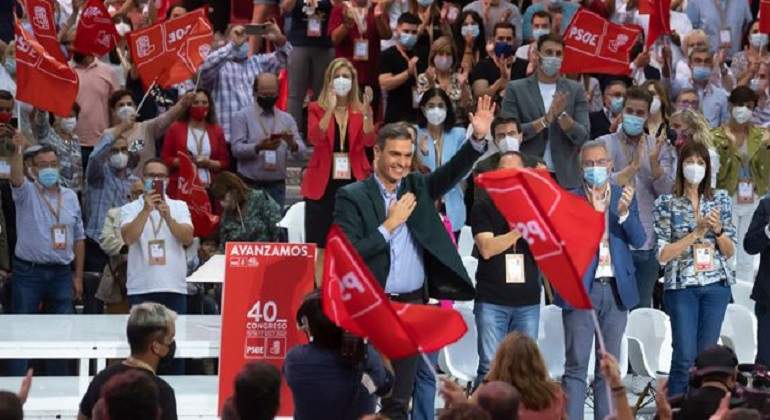 The reform of regional financing has become one of the major pending issues on the agenda of the majority of regional presidents and has been one of the issues that has been planned in the Federal Congress that the PSOE has celebrated this weekend in Valencia.

In fact, the differences on the formula to specify the new financing model that affects the 15 autonomies of the common regime -except for the Basque Country and Navarra regional governments- have prevented the Socialists from being able to specify their proposal in the final presentation of this appointment to convey an image of unity.

Reflecting a clear position of the PSOE on the reform of the autonomic financing was one of the priorities of the host and president of the Congress, the Valencian Ximo Puig. His federation, the PSPV, hoped that the final text would reflect its demand to apply the adjusted population criterion. That is, that the number of inhabitants is taken as a fundamental factor and that from there certain corrections or adjustments can be established based on aspects such as depopulation, aging or territory.

Puig’s optimism for the PSOE to endorse this criterion, which has been publicly defended by the Minister of Finance, María Jesús Montero, has clashed with other regional socialist barons. The amendment included finally recognizes the under-financing of some autonomies, but is limited to the “commitment to advance in the reform of financing systems”, without specifying the formula beyond generalities. Thus, he urges to provide sufficient resources to guarantee “an equivalent level of public services” to all citizens and insists on “addressing the sensitivities of all the autonomies”, a courtesy formula that satisfies all parties.

Some of these lines are almost verbatim copies of the presentations from the previous Congress held four years ago. “The new regional financing system must ensure equal opportunities for all men and women, regardless of where in Spain they reside, guaranteeing that everyone has the possibility of accessing comparable levels of public services”, which also it already recognized “underfinancing”, and even mentioned that its effects on regional debt would be taken into account.

Ferraz slogans?
La Mancha’s president, Emiliano García-Page, was forceful in rejecting that the party set the negotiating position of the regional governments in this matter. “We neither receive nor accept slogans from Ferraz as regional presidents,” he said, to emphasize that this would even go against one of the mantras of the Valencian president himself. “Otherwise we would not be believing the federal model,” he added.

García-Page defended in the socialist conclave the possible agreements with regional governments of the PP to negotiate regional financing, such as the one called by the Galician president Alberto Núñez Feijóo with 8 presidents of PP and PSOE of the autonomies most affected by depopulation and with more weight of the rural world.

The differences within the PSOE were also reflected in the words of Guillermo Fernández Vara from Extremadura, who would like the socialist leaders to maintain a common position to establish the new financing system. In his case, he advocated postponing the meeting of Núñez Feijóo until the socialists themselves meet to know their positions and recognized that in the text “they could not go much further” due to the different sensitivities.

Autonomous financing was not even mentioned by the president of the Government and secretary general of the PSOE in his closing speech, Pedro Sánchez. A more than significant omission in an act in Valencia where its partners and at the same time rivals on the left, Compromís and Podemos, increasingly toughen their criticism for the lack of progress.

Repeal PP laws
Instead, Sánchez focused on taking his chest out of management during the pandemic and defending the vigor of social democracy. Along these lines, he once again put the previous labor market reform in his sights. “We will advance by putting an end to the Gag law and the PP labor reform,” he said. In addition, he boasted of one of the measures that opened wounds in his own coalition Executive. “In the midst of the pandemic, we raised the Minimum Interprofessional Wage (SMI), we said we would raise it and we raised it,” he stressed.