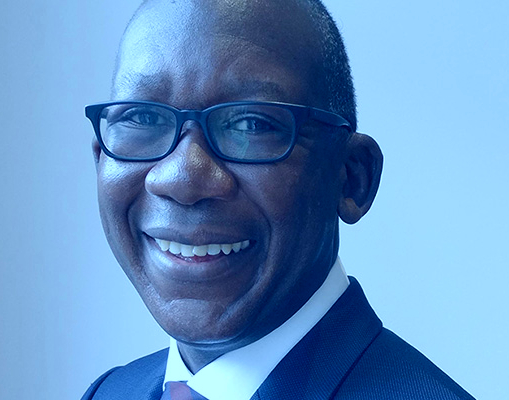 St Mungo’s announces the tragic death of its CEO, Steve Douglas CBE, with profound shock and sadness. Steve died unexpectedly at his home on Sunday, May 8th. The 57-year-old leaves behind four children and a spouse, and our hearts go out to his family and friends during this terribly difficult time.

Steve joined St Mungo’s as Chief Executive on July 1, 2020, after a career in the housing business spanning more than 25 years. He was a driving force for reform within the organisation and a key stakeholder in the development of the Kerslake Commission, which sought long-term benefits and policy changes to assist persons facing homelessness and rough sleeping.

“We are all very grieved to read of Steve’s untimely death,” said Joanna Killian, chair of the board of trustees. “Our sympathies are with his family and loved ones at this incredibly difficult time.” He had dedicated himself to St Mungo’s in the short time he had been with us, having worked tirelessly in the housing and homelessness sector for many years.” Steve received a CBE for services to housing in the 2019 Queen’s honours list, and he was dedicated to fostering good change inside the organisation, with a special focus on improving diversity and inclusion. Prior to joining St Mungo’s, he was the Group Chief Executive of Altair, a housing and regeneration consultancy firm that advises housing associations, as well as central, regional, and local government.

“Steve’s death is a tragedy for his family, St Mungo’s, and the homeless community.” I worked closely with Steve, especially as a member of the Kerslake Commission, which he personally initiated and led. “The Commission gathered representatives from several sectors together to record the lessons learned from the homelessness pandemic and to outline what this meant for the future.” Steve’s personal commitment was vital in its success. “I’ve known Steve for a long time – even before he came to St Mungo’s – and he’s always been a strong supporter for the housing and homelessness sectors.” His CBE was a well-deserved honour. Steve’s death came way too soon. I’m confident he would have gone on to do even more. Our sympathies are with the entire St Mungo’s staff, as well as his family.”

In due course, more information on Steve’s funeral and memorial arrangements will be provided.

Read Also –  Nick Cave has announced the loss of his 30-year-old son, Jethro.