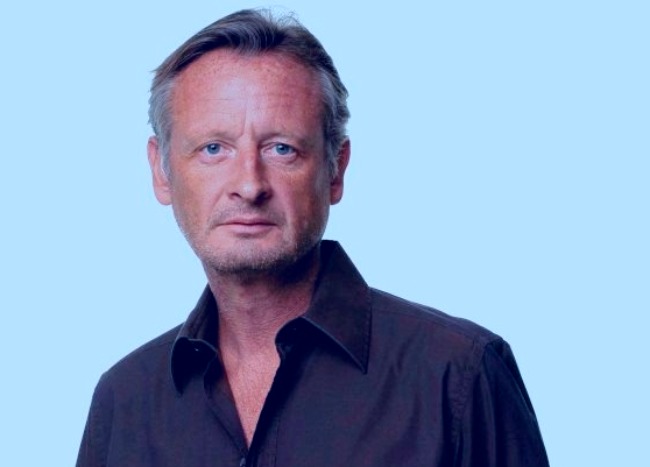 Stuart Ramsay, the journalist from Sky News, shot outside Kyiv by Russian Troops

A senior Sky News journalist and colleagues from his production crew were shot and injured in Ukraine when his vehicle was attacked by “Russian enemies”. On Monday, Stuart Ramsay, the chief journalist for Sky News was traveling across an expressway near Kyiv, Ukraine’s capital city, with his cameraman, Richie Mockler, production manager Dominique Van Heerden and Martin Vowles, and local producer Andrii Lytvynenko when his car was attacked by Russian soldiers, who bludgeoned it with gunshots. The news crew was on their way to film a piece on innocent causalities as they were assaulted by “Russian saboteurs” beyond Ukrainian borders, according to Ramsay.

What happened to Stuart Ramsay?

The firing continued upon the team even after the Sky News team shouted that they were reporters. Whilst the gunshots continued to fly, Vowles and Lytvynenko evacuated the vehicle, but Stuart Ramsay, Van Heerden, and Mockler were trapped in the car getting shot at heavily. Stuart  Ramsay was shot in the lower spine by a gun seconds later while still in the vehicle. Mockler, who was the last one to exit the vehicle, was hit twice in the protective gear. They ultimately took shelter in a neighboring building and were rescued by Ukrainian authorities under the cover of night hours later.

“I do recall wondering if my death was going to be painful. But what amazed me was that [being shot] didn’t hurt that bad. It was more like being punched, really.” Ramsay said in his official news report, recounting the moments when he was shot in the car.

What did the global leaders say about the incident?

Boris Johnson lauded the courage of British reporters from Sky News reporting from the front lines of President Putin’s deadly assault on Ukraine.  Mr. Johnson praised the journalists on the field for their “commitment,” saying they were “putting their lives at risk to guarantee the truth is known to the world.”

“The courage of these journalists, putting themselves in terrifying and dangerous situations, is astonishing to watch,” he tweeted on Saturday morning. “They’re risking their lives to ensure that the truth is told. Free press will not be intimidated or cowed by barbaric and indiscriminate acts of violence.”