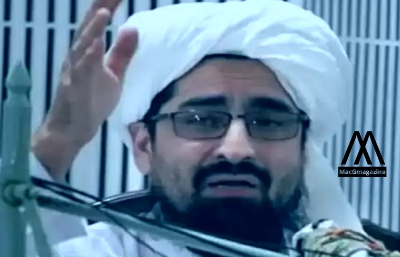 Taliban leader and cleric are killed in a bomb blast in Afghanistan’s capital Kabul on Thursday, Local media have confirmed the news.

Bilal Karimi spokesperson for the Islamic State has given a bite to a local media house where Sheikh Rahimullah Haqqani was in his Seminary when the blast took place.

Afghanistan is in serious security trouble now, just like it has been for the last 6 decades. The British invaders, Russian invaders, and US invaders have ravaged the country for decades and decades. The violent past has not left the country. consistent attack by the internal and external enemies of the Taliban is not over yet. the capital city of Kabul including Chandawal, Pul-e-Sokhta, and Sarkariz have been targeted in bomb blasts in recent attacks.

The pul-e-Sokhta area in the west of Kabul on August 6  saw a devastating attack in which 3 people were killed and 7 others were heavily injured. Mawlawi Zabihullah the commander of the PD6 confirmed the casualties.

United Nations have condemned the attacks in Afghanistan

The United Nations has come forward to condemn the series of attacks that have killed over 120 people in Afghanistan.

“Following the Islamic State-claimed blasts in Kabul in recent days that killed and injured more than 120 people, the UN family in Afghanistan urges greater security for minorities so that Ashura can be marked without further attacks,”

ISIS K has been targeting Hazara and Shia communities. Hazaras were killed by thousands in Pakistan too. the attack on Shia and Hazara communities must be stopped. every individual has the right to live. The radical maulvis in Pakistan try their best to flame the sectarian fire. their sole purpose is to make people fight each other. Both countries have to take strong measures to protect the citizens, especially the minorities of the country.

Attack on Shias and Hazara increases by ISIS-K. Taliban is unable to provide security

The attack on Shia took place on Ashura. When it is a serious day for a community, such attacks will create more Shia Sunni divide which seems the aim of ISIS-K.

Since the New Afghanistan government has taken over the situation has not improved at all. the blasts, killing, and looting of civilians have not stopped. Running a government and fighting a war are two different skills.

There has been the destruction of Temples and mosques in Afghanistan in recent times.