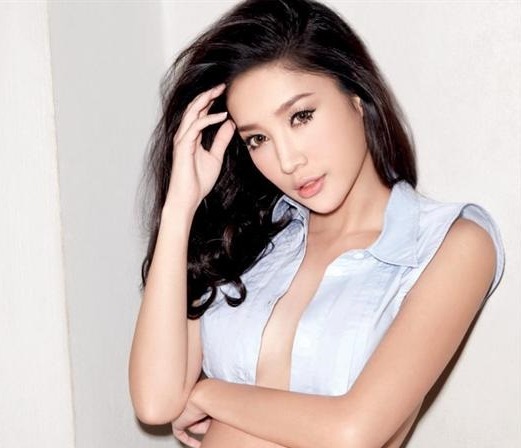 Nida Patcharaveerapong, as per sources, fell into the river while out on a boat cruise alongside her manager and four additional individuals.

In shocking news that upset the whole of Thailand, the actress, Nida Patcharaveerapong, popularly known as Tangmo, was found dead and her body was discovered in Bangkok’s Chao Phraya river by the rescue party. The 37-years-old actress was reported missing on February 24 after “falling off the speedboat”. Authorities cleared 2 days ago that Tangmo’s body was discovered and that she had indeed, died in this incident. Dayos Detjob, Tangmo’s brother, verified her dead body for the police.

Who was Nida Tangmo?

Nida Patcharaveerapong started her career as a model and participated in the Miss Teenage Thailand pageant back in 2002. She was a very successful TV actress and had a dedicated fanbase that is mourning her sudden death right now. She went viral recently after her dead body was recovered from the river and her pictures went viral by the people looking her up to see her one last time. Police had a lot of security when her body was discovered but people still got by and started clicking pictures of the scene before she was taken away for Autopsy.

Throughout the inquiry into the murder of TV actress Nida “Tangmo” Patcharaveerapong, authorities interviewed eight additional witnesses. Tangmo died, and her five boating companions are currently witnesses, not suspects as according to the autopsy report, it has now been confirmed that she died by drowning.

The police however have suspected foul play and have now made an official announcement that Mr. Phaiboon apparently could not control the boat due to his lack of expertise managing it, prompting Nida, who had been in the side of the speedboat, to hold Ms. Wisapat to keep her from falling into the water. Worried about being pulled into the water, Ms. Wisapat alleges she moved her knees, forcing Nida to fall into the water and being struck in the right thigh by a rotor blade, according to an official police source.

The five present on the boat will be arrested and charged with carelessness resulting in death and making a false statement to detectives.