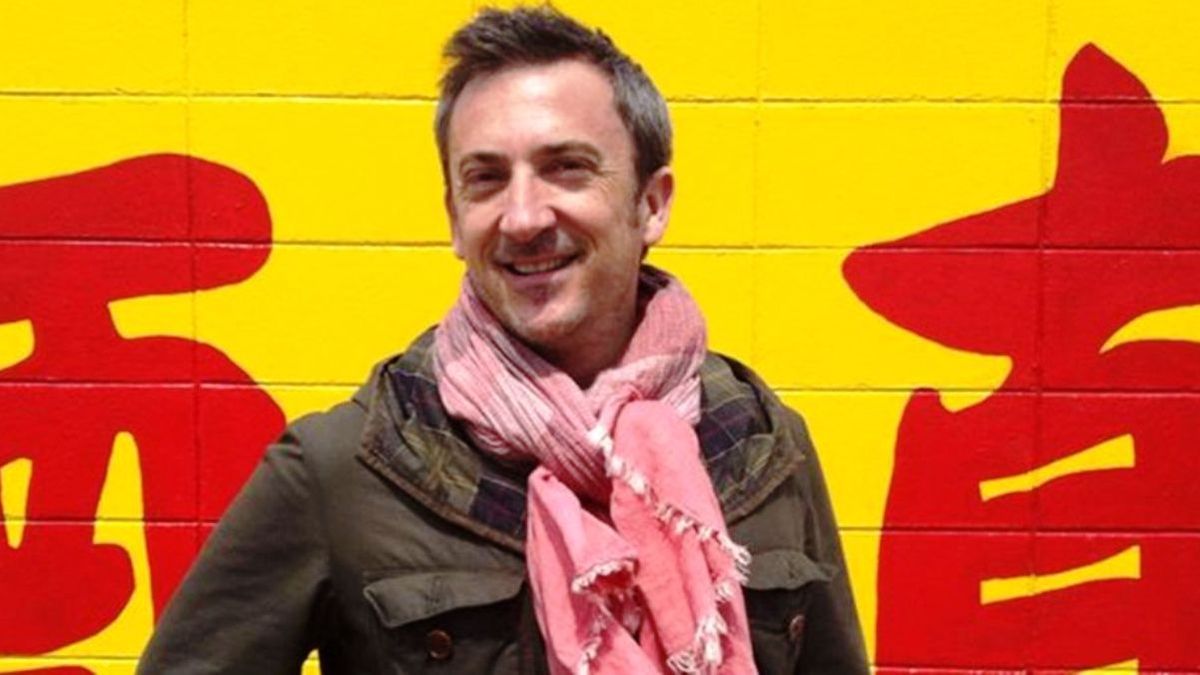 Great events often bring out the worst in people, such as selfishness or cowardice, but they can also serve to bring out their best qualities such as generosity or solidarity. The French director Olivier Peyon has wanted to show some of this with his latest film, Tokyo Shaking, which has starred in the prestigious Karin Viard (Somewhat Jealous, The Bélier Family) along with the young Stephane Bak (Elle, The History Teacher) and Philippe Uchan (Goodbye idiots, who’s who) . The film is based on true events that occurred in Japan in March 2011.

The film centers on a senior executive from the Tokyo branch of a major French bank who lives there with her daughters while her husband remains in Hong Kong. His life changes after being the victim of an earthquake that frightens its inhabitants, but the worst is yet to come as there is a risk that the Fukushima nuclear power plant, some 250 kilometers away, will explode , causing a major catastrophe.

The Japanese authorities and the French embassy try to reassure people, but nothing seems certain. The employee will have to be forced to make decisions to protect the lives of her family and her employees. The film tells in detail the doubts and indecisions of those days in a troubled country. Its director explains the anecdotes of the shooting.

-The experience of a friend. “Everything is real and everything is fiction, although it is fictionalized. It is the story of one of my best friends. I had not seen her for several years and I met her again in Paris in 2013. I thought she was still in Hong Kong, but she explained that she had lived in Tokyo for two years and that, precisely, a month after she arrived, was when it happened. the great earthquake .

He worked for a French brand or company and he explained to me a little about human comedy, what you see in the film, brave people, people who want to flee, fear, and he told me all this with great laughter, realizing what absurd that was.When he explained it to me, it seemed incredible to me. He told me about everyday life during a catastrophe, that when you find yourself in the middle you don’t realize it, you don’t even have time to be afraid, you’re immersed in your day to day ”.

-What happened to the protagonist? “I have fictionalized the relationship between the characters, everything in the film, not to mention Fukushima, the evacuees, the foreign personnel, if there were planes, if there weren’t. The situation at the beginning is real and everything that happens. But she never resigned and what’s more, she was promoted and was taken to work in New York.

The problem of the foreigners who were in Tokyo is that Fukushima was 200 kilometers away and no one knew if it was dangerous, they did not know if they had to leave or if they had to stay. Everything was strange, unusual. This lasted for a week, the time it took my friend to leave. It was crazy. In other words, everything that I show in the film is true ”.

-From Paris to Japan. “I went to Japan, I met people who had lived it and, in everything they told me, there was a coincidence, the reaction that the French who were in Tokyo had was much stronger, as I show in the film. The other foreigners, for example, the Germans left quickly, the first, or the Americans. The reason for this link between the French and the Japanese is that both have interests in the nuclear issue. France, when Chernobyl happened, with that cloud that crossed all of Europe, was the only country that said it would not arrive, that the cloud had stopped at our borders.

When the French saw that it was not true, they stopped trusting the government’s word. As a consequence, the French who were in TokyoThey did not believe neither the Japanese government nor what their embassy told them, because they had already lied to them with Chernobyl ”.

-Rolling in secret. “Tokyo has the reputation of being the city where it is most difficult to shoot because it is very difficult to get authorizations, since according to their mentality they are very clear that no one should be disturbed. For example, when you want to film something as simple as a car on the street, it is not easy to get permits. We couldn’t shoot the shots of Karin on a motorcycle, the scenes where she rides a bike or when she’s at the station. All this we had to do with a hidden camera, without permission.

The French and Japanese teams got on very well, there was a good connection. The Japanese team explained to us how to do it and when we filmed, they hid in case the police arrived, since it would have been difficult for them to justify themselves, they are their rules. We could play dumb, pretend we didn’t know. I loved seeing Karin in the midst of people, it was great. ”

-Recreating an earthquake . “For the earthquake scene we used mechanical special effects, it was a platform anchored to the ground but with movement, everything was very handmade. Basically we used three types of resources: there were effects, we moved the camera violently and the choreographer had taught the actors how to move when an event of this nature occurs.

There were some parts of the office that were moving and others that were not, who moved were the people. In Tokyo, I took my team to a fire station since, since 2011, they have specialized in teaching children how to behave during an earthquake, with a platform that reproduces the violence of an earthquake. We went there to see what happened and we played it on the set. ”

-From reality to fiction. “In reality, the great towers did not move as much as seen in the film. because the towers in Japan move sideways. It is in the little houses where everything had flown and been blown up. In the rest it was not so catastrophic. When people explained to me what they felt, they were traumatized, so I forced everything to shake more, because this is what people felt .

-Trashing an office. “The scene where Karin Viard breaks everything was pure fiction, that didn’t happen. What is very funny is that she is a very strong actress, very temperamental , and I had planned to shoot first in the office, so she had to watch and we cut the scene to shoot in the office, with very precise shots and that she did not hurt himself. But when push came to shove, she was so involved in the scene that she decided to head straight for the office , and we had no choice but to follow her and film her. She broke everything, but it was not planned to do so ”.

-Two dogs for one character. “Working with the dogs was hell. We shot the exteriors in Japan, but the rest is all shot in Paris, with special effects. We built the entire bank building in a studio in Paris. The dog was filmed in France, but also in Japan. In Japan, as elsewhere, if you want to take your dog, you need to quarantine for several weeks and even months, so it was necessary to get two identical dogs in both countries.It was not easy because dogs in Japan are tiny, they even carry them in strollers, as seen in one scene, all of this is true.

And you can’t leave the dog on the ground either, and it was a problem, because in the apartments we couldn’t roll, because we couldn’t leave it on the ground. And I wanted him to be a big dog, because the real Blacky was. He’s already dead, by the way. It was complicated because the French dog was crazy, he was very moved, rebellious and, on the other hand, the Japanese dog was afraid of everything, he was very shy. Fortunately, it is not noticeable in the film, everything ended well, but it was complicated ”.

-The spontaneous grandmother. “The restaurant scene towards the end was shot in an authentic typical Japanese establishment, it was for real, as were the staff who made the food. But the grandmother was an actress, she was very strange, she didn’t speak English, she didn’t understand anything (or she made it look). It was a lot of fun, I couldn’t direct her and she ended up doing whatever she wanted.

The young woman who plays the protagonist’s secretary has lived in Paris for seven years, speaks French very well and helped us with the Japanese actors. In this sequence, Karin took advantage of the time to eat and tried all the dishes ”.