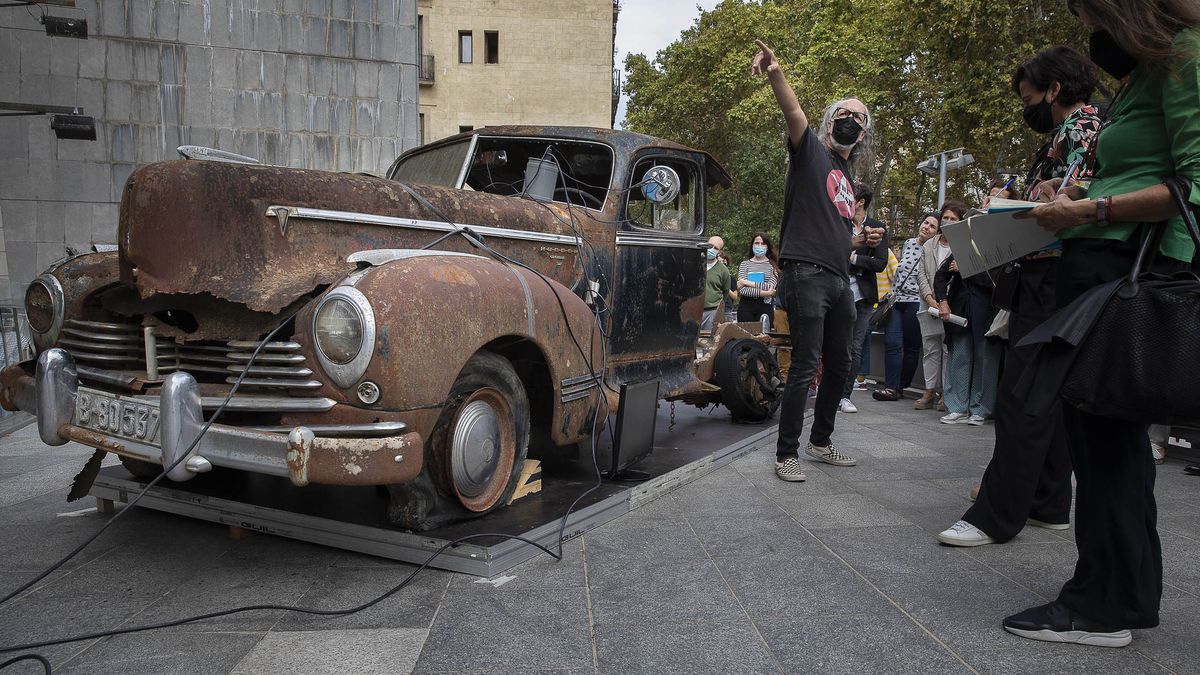 The new director of the Arts Santa Mònica in Barcelona, ​​Enric Puig Punyet , begins his stage in the center with the exhibition ‘Exposar · No exposar-se · Exposar-se · No exposar’, which questions even the exhibition fact itself and wonders about the construction processes of artistic institutions today.

“We recognize each other as exposed beings and, in doing so, we live today with questions that we have never shared before. We are concerned about how we expose ourselves and especially why we do it; and we are concerned precisely why the exhibition is no longer an exclusive channel for art centers to become a common and widespread practice “, Enric Puig pointed out in the presentation.

The sample, participatory and free, revolves around a series of questions about the processes of deconstruction and reconstruction of an arts center. The cycle tests through the gaze of seven artists for 16 weeks the exhibition and dissemination mechanisms of the center, which it turns into a living, mutable organism, permanently in transformation.

It is an exhibition curated by the playwright Ferran Utzet, the researcher Marta Garcia and Puig Punyet himself , and has the participation of Roger Bernat, Jordi Guillumet and Mònica Roselló, Joana Moll, Mariona Moncunill, Antoni Muntadas, Roc Parara and Mario Santamaria.

Technology and architectures behind the lights
The first sample of the new Arts Santa Mònica reveals and questions the exhibition mechanisms: the physical but invisible ones, and the immaterial ones that remain in the shade by their very nature. The technology that hides behind the works and the architectures behind the spotlights is exposed, but the institutional gestures and (dis) affections that are hidden in any exhibition are also exposed; and the people, those who are artists and those who are not, the various bodies, with segmented functions, that support from the base all the creative work that is finally presented in an art center.

Until January 9
This exhibition, which will be open to the public from September 24 to January 9, will be the first of the cycle of three annual exhibitions that foresees the new stage of the center, which will periodically invite a group of artists from different fields to work collectively. in creative projects.

At the same time, several guilds, hybrid groups formed by public call, will experiment with the same institutional infrastructures from their artistic practices as an additional part of the programming.

In total, according to Puig, more than 40 artists will participate every four months in a process of shared construction, grouped under a theme that is also collectively specified.