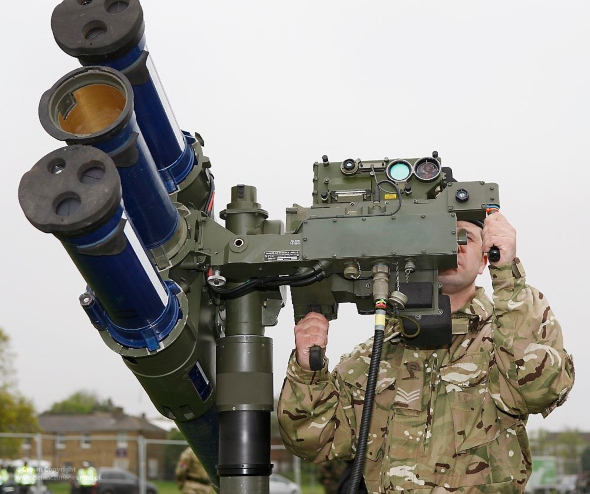 News has been circulating on social media that says that a British-made star streak missile has knocked down a Russian helicopter immediately after the weapon’s first use.

The star streak missile is a laser-guided missile that travels three times faster than the speed of sound. It is used to tackle low flying enemy jets and helicopters. It has a range of more than 7 km and works on a three-dart playboard. Britain has been supplying Ukraine with high-velocity missiles and weapons. It is also training its troops for battle by providing them with armor, high-quality uniforms, etc.

Recently, footage has been going viral in which a Russian Mi – 28N was shot down by a British star streak missile in the Luhansk region. The helicopter was split into two after being struck by the deadly missile.

Meanwhile, Ukrainian President Vladimir Zelensky has said that the Russian forces are withdrawing from the Northern region of Ukraine. This withdrawal is slow but is noticeable. Meanwhile, the United Kingdom makes every possible effort to help Ukraine fight the Russian forces. There has been a promise to supply 6000 more missiles to the Ukrainian forces.

The Russia Ukraine war has been in the headlines for quite a long time. This war broke out between the two neighboring countries but now has many others in it. Most world nations are coming to support Ukraine because of the comprehensive loss of life and property they suffered. The war is probably ending now as both sides have decided not to go for any further losses.

Read Also:- Will smith resigned from the academy awards on Friday.