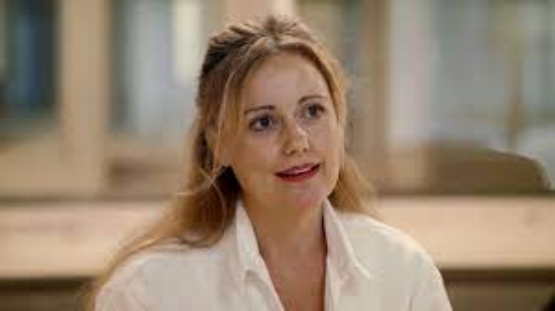 Davidson initially told police that the last time she saw her husband was the day before he went missing. “He was all concerned about — he didn’t want to be deployed, because he was afraid that something bad was going to happen,” Davidson told police in 2005. “And he kept saying like, ‘Those guys that go over to Canada, it would be so easy just to go to Canada.'”

At the time of his disappearance, Severance had already deployed five times to the Middle East and was preparing for his sixth tour. The couple had given birth to their first child. Davidson had a son from a previous relationship.

Called out as family pressure:

Davidson claimed that the pressure of family and his work was getting to him, including driving three hours round trip to Dyess Air Force Base in Abilene, Texas. “I was busy, I was in the middle of trying to run this clinic I had just opened, taking care of two little babies. The only thing that I noticed that changed with Mike was he was having a very hard time driving back and forth to Abilene every day. I did notice that every afternoon he was drinking, but then I noticed he was using caffeine pills,” Davidson told “20/20.” “At the time I didn’t realize there was an issue but looking back you know, like hindsight’s 20/20 and everything, so looking back obviously there was a problem, that’s not normal.

Despite what Davidson said, there was never any evidence to suggest that her husband had a problem with drugs or alcohol. The San Angelo Police Department, the Texas Rangers, and the Air Force Office of Special Investigations (OSI) began investigating Severance’s disappearance. However, at the time he went missing, Severance was on leave, and an official OSI inquiry could not begin until after he was expected to be back on base. When Severance didn’t show up for work, he became AWOL, and the OSI was able to take the lead in a deserter investigation.

Since the OSI is an arm of the U.S. military, they operate under different constraints than local police and are able to get permission and approval to place a tracking device in Davidson’s car. Their reasoning was that if Davidson was claiming Severance may be a deserter, then there would be a possibility she was helping his hideout. During surveillance, they saw that she had been visiting a remote ranch called Four Sevens Ranch, about 20 miles outside of San Angelo. OSI and the San Angelo Police Department had also searched the family’s home and Davidson’s veterinary clinic. They seized her work computer’s hard drive and sent it to a lab for analysis.