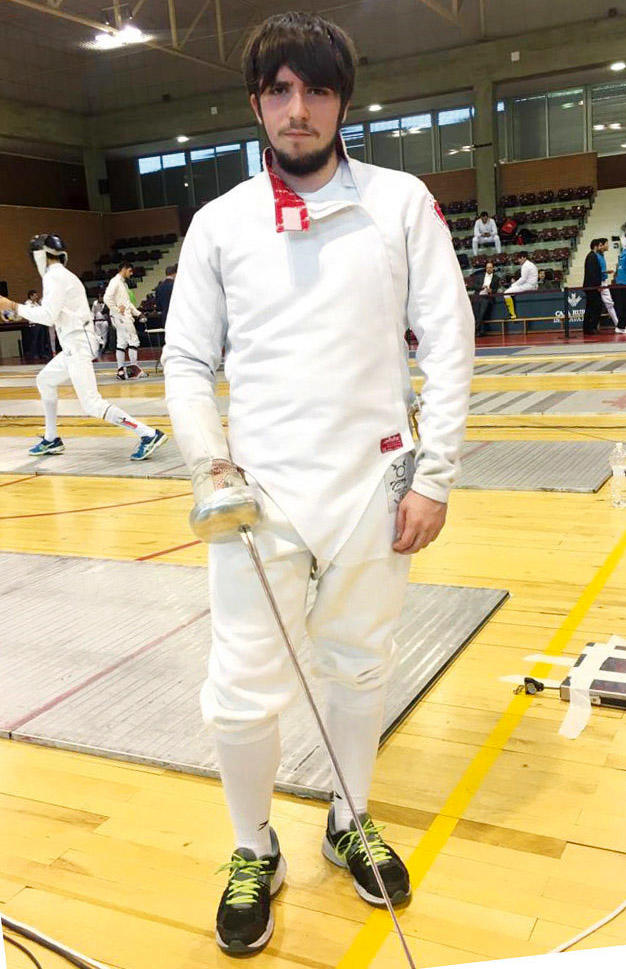 Aitor Astorga has just turned 21 and, since October 16, 2020, the Alava fencing Federation has presided. Until 2010 he played soccer, but he was not overly excited. He had tried fencing at an exhibition and his mother had the idea to target him.

Since then it has gone through all school categories, achieving a few trophies, something that in the absolute category is costing him more, although he does not renounce it and continues working to achieve it.

He has always tried to collaborate with the organization of the entity’s activities and competitions and it was the previous president, Egoitz Alfaro, who proposed him to stand in the elections.

He did so, he was elected and, although he acknowledges that the uncertainty of the pandemic “has been the most difficult thing to bear,” he works “to maintain the level of the previous administration.”

Before I started, I had the impression that I would have to deal with making a lot of important decisions without much margin, and the idea made me a little nervous. Luckily it is not so.

The daily work consists of attending to the emails that may arrive and filling out forms and paperwork. There is room to make decisions and, when something important comes along, it is the General Assembly that has the last word.

Right now there are four affiliated clubs: Gasteiz Fencing Club, Commilitum Sacrae Ensis, Vitoria Sala de Armas Fencing Club and Aker Gorri Fencing Club. Together there are around 100 federated licenses, of which approximately 30% are women and 70% are men.

The categories in our sport are based on age. The age groups for school sports are M10, M12, M14 and M16, and for federated sports there are M17, M20 and Absolute. The schoolchildren go from one category to the next as they grow older, and the federated youths compete in the categories available for their age.

At this time, it is the CEGA and SAARVI clubs that have a school sports program. There is a fencing room in the Salburua civic center where the activities take place. There are three Liga Escolar tournaments and an Álava Escolar championship, which together make up a league.

This season 2021-22 we will have two historical fencing competitions for the first time. In official competitions so far we have only devoted ourselves to epee fencing, so this is completely new.

If there are no changes to the calendar, the first will be on December 18. In addition, in the last two years we have not organized national competitions on the theme of the pandemic, but previously, we have, and it is something remarkable. That we have had a competition of that level in Álava is very good

In certain aspects we need more institutional support. Fencing is not a mainstream sport, and all the help we can receive is very important. I take as an example María Ascasso, who, having qualified to compete in several world cups, has not always been able to attend due to lack of resources. It’s a shame things like that happen.

Anyone who wants to try our sport can contact the clubs or take a look at their websites and go to the one that best suits their needs. The contact details of the clubs are on our website.

I encourage anyone who is curious to try it, it is a different sport that requires attention, and it is very rewarding to learn. And, it may be something personal, but it works very well for me to clear my worries.