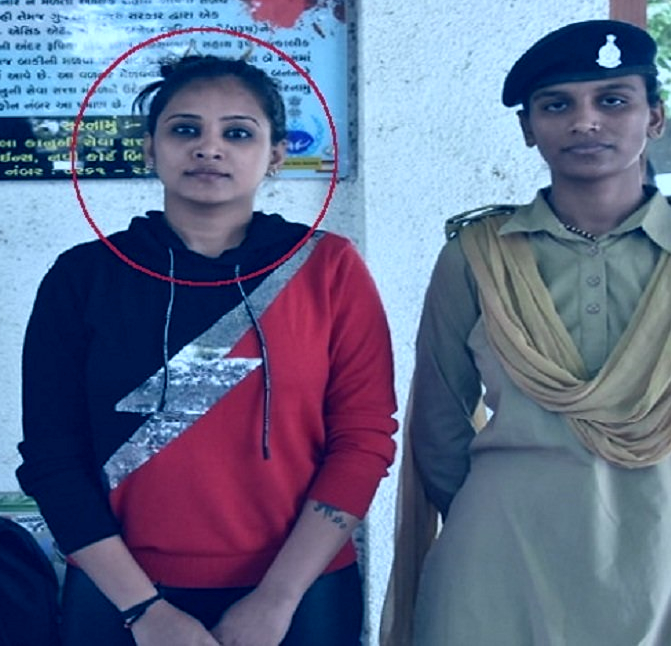 As there was a craze among the people to get popular through the Tik Tok, many were also popular. This platform was a once-in-a-time good platform to gain fans and get popular. Many tik-tokers got popular overnight with their content—some took it as good content and some with negative popularity.

Nowadays, many tik-tokers are coming into the limelight due to their negative popularity. There is again. One tik tok star in the trending headlines is Kriti Patel. As per the information, controversial star Kriti pate is detained by the cops.

Know why Kriti Patel is Arrested-

The police of Vastrapur have filed a case against the two people; one is tok star and social media influencer Kriti Patel for threatening a lady and uploading her unpleasant messages about her anger for the previous fight. That lady whom Kriti is threatening is also a young girl.

There is a complaint filed at surat against the influencer Kriti Patel and after that in Satellite and now in the Vastrapur police station. Against Kriti Patel and Bharat Bhardwaj, Vastrapur police have filed a case for threatening a young girl and uploading unpleasant messages and pictures on social media for the fight that happened 2 months before in the satellite area.

Know what is the reason for this incident-

Previously this lady filed a complaint against Kriti by showing the link, which is the fight against the Karnavati Club. This is the case against Kirti Patel, and she has been accused of crime and harassing a girl for revenge. She was regularly harassed by Kirti Patel and Bharat Bharwad for the fight that happened in the Satellite 2 months ago. After the complaint, the police has taken action against Kriti Patel. Police are investigating the crime of harassing a girl for revenge.

The same incident was settled by both parties earlier. Police have taken legal actions against Kriti Patel, and in this case, the most important thing that comes front is that Kriti Patel has stated that she does not know anything about the incident.