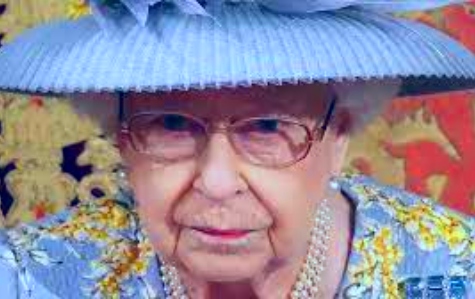 Queen’s 70-year rule is about to be celebrated. The safety & protection of the queen, Buckingham palace has been first priority.

A 28-year-old man during this sensitive time tried to trespass the palace and was immediately caught by the security. the tattooed 28-year-old claims he only wanted to see the queen but he has been charged with trespassing on a monument.

The incident took place on May 29.

Face tattoed Connor Attridge entered on foot via vehicle entrance of Royal mews. He passed with an authorized vehicle. A Household staff noticed and asked him to stop but he managed to breach the palace boundary.

“I want to come in. I want to see the Queen,” Mr. Attridge exclaimed before he was taken out of the palace and apprehended.

On May 29th Attridge was faced before Westminster Magistrates’ Court.

his face tattoo reads “truly blessed” & he is charged with protected monument law.

prosecutor Leila Nahaboo-Osman said inside the courtroom“This is one of the most high-profile weeks in history, with it being the 70th anniversary.”

Ms. Leila also added the area intruded purportedly by Mr. Attridge is “one of the most heavily guarded places in London.” Source: dailystar

Defendant’s Lawyer Daniel Mullin informed the court his client is a victim of mental health issues.

In his defense, Daniel said there was no “motive” or hidden”stealth”.  “This was at worst reckless and at best an accidental offense,” he added.

Mr. Attridge has to wear an electric tag and is ordered to leave London except court hearing.

Judge Nina Tampa is going to hear the case again on June 28 because she needs clearance from attorney General Suella Braverman regarding cases involving trespassing on protected monuments.

The extended bank holiday is merging with the celebration of the queen’s 70-year-long rule. which makes the case extremely sensitive and popular. the Platinum Jubilee begins on Thursday & will climax on Sunday with a pageant & a gala at the most famous queen’s palace.

Read Also – Ray Warren, a renowned commentator, has made his retirement official