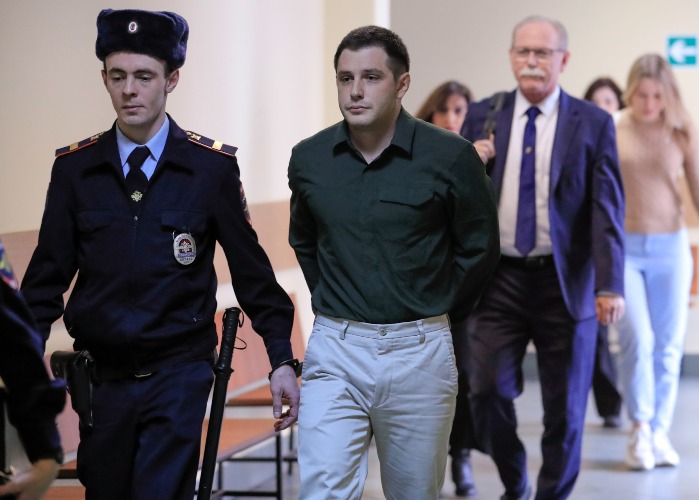 Per the US Embassy in Moscow, Trevor Reed, a former USA marine has been a Russian prisoner for over two years. Trevor is reportedly is vomiting blood and has not gotten medical assistance despite lengthy TB contact in Russian custody. While the crisis in Ukrainian land continues amid Russia’s assault, the parents of this Texas Marine who is currently detained by the Russian government had requested a meeting with President Joe Biden before his travel to Fort Worth.

The families of both Trevor Reed and Paul Whelan are voicing their fear for their safety, especially as relations between Moscow and Washington have intensified.

Fortunately, the American president listened to the requests of Trevor Reed’s parents and President Joe Biden interacted with the parents of American Marine held in Russia on Tuesday after waving at the President’s approaching convoy in Fort Worth, Texas.

Joe Biden contacted Trevor Reed’s parents and “restated his dedication to doing these things in his power to bring their child home, to remain in regular contact with them through his national security personnel, and to arranging a time to meet and talk,” according to a White House spokesperson.

The Reeds became tearful and walked away from journalists for the rest of the chat with the President, although Paula Reed, Trevor’s mother, later revealed aspects of the phone interview. She claimed Joe Biden apologized for not being able to reach out to them while in Texas and assured his assistant would set up a meeting for the family with him in Washington.

Trevor Reed’s father expressed fear that the attack on Ukraine may aggravate his child’s destiny.  Trevor Reed has already been vomiting blood over the last few weeks, and his father is scared he has TB. Joey Reed said he has spoken with his kid on Tuesday and urged him if he wanted to send a message to President Joe Biden.

Read Also:- Hengjian Ni was arrested in Philadelphia after stabbing the son of his co-worker who he tried to rape