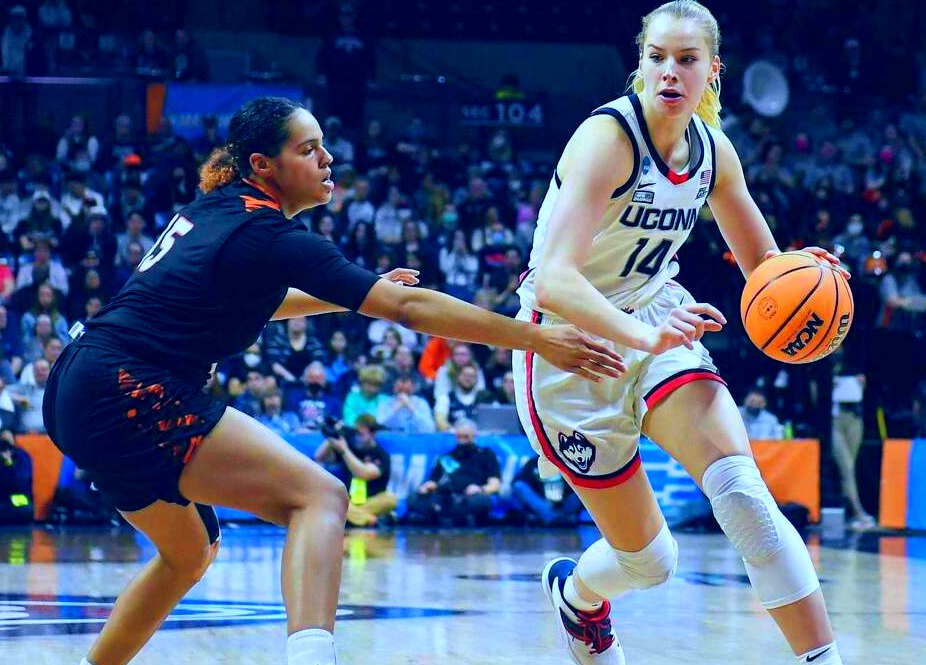 UConn women’s top basketball graduate Dorka Johasz told her fans through a post that she’ll return for play next season in 2022 – 2023. Johasz suffered a wrist fracture in the Monday game and underwent successful surgery.

Johasz, a very talented Basketball player, is also a student at the University of Connecticut. She has been playing for UConn for a very long and has always brought laurels to her institution. Dorka, who has a height of 6 feet and 5 inches, is a permanent resident of Hungary. Her average in the UConn team is 7.3 points and 5.7 rebounds which spans over 32 games. She has also been a Two Time Big Ten Player for Ohio State.

Dorka was playing against the NC State in the Elite Eight Game held on Monday, wherein she suffered a wrist fracture. After entering the game, she was down in less than four minutes. She was then taken to the locker room and came out wearing a sling and a bandage around her wrist after a while. Dorka supported the Huskies, who went towards the victory with a 91 – 87.

Dorka underwent immediate surgery for her fracture on Wednesday and has been prescribed a rest time of almost four months. She will not be playing on the Huskies’ side this final as she is on rest. The UConn official portal announced that Dorka would return with a band in the next session, the 2022 – 2023 session, and this will mark her last session of college eligibility. After that, she will sit l try to come and cheer the team in the coming finals and semi-finals. Also, she had mentioned in her Twitter post that she is both heartbroken and happy. She is heartbroken that she’ll not be able to play this season and happy because of the love and care she has received.