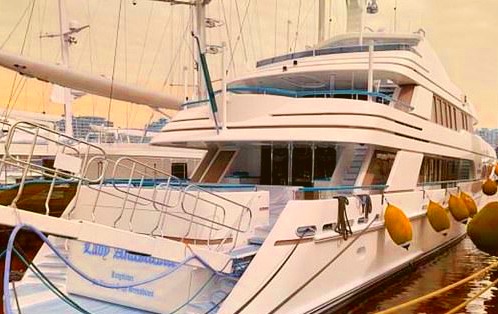 The sailor saw the news of Russia’s invasion of Ukraine and went to execute his people’s revenge by causing harm to his Russian boss’s yacht.

In an amusing case of patriotism for one’s own country and people, a Ukrainian man went ahead and tried to sink his Russian boss’s yacht who he claimed sold weapons to Putin that were used to kill his fellow countrymen. He stated to the police, “I don’t regret anything I have done and I would do it again”.

Why was the Ukrainian Sailor arrested?

As per the local newspaper Ultima Hora, the 55-year-old mechanic worked for ten years on the “Lady Anastasia”, a 156-foot luxury yacht valued at €7 million and owned by Alexander Mijeev, the former chairman of the Russian Helicopter Corporation. Upon witnessing news stories from Ukraine on tv, the individual claimed he sought out to sink Mr. Mikheev’s yacht. “There was a video of a helicopter attack on a building in Kyiv. They were attacking innocent people,” he told the local news. The man was talking about a  missile that had struck an elevated apartment complex near Kyiv’s Zhuliany airport on Saturday, destroying at least five floors of the building.

Hearing reports that a Ukrainian sailor in Mallorca has been arrested for causing significant damage to the yacht of Alexander Mikheev, a Russian tycoon who manufactures helicopters for the Russian Army.

What did the Ukrainian Sailor try to do?

In the quest of vengeance, the accused man reportedly opened three faucets on the boat, causing it to take in water. To prevent contaminating the harbor, he also chose to close the gasoline valves. There were three more crew members who were unaware of the scheme till he reportedly came in and instructed them to leave the ship, saying, “Don’t worry, I’ll take full responsibility.” The man was stated to have been standing beside the sinking ship as it was going down when the officers came. He told them, “My boss is a criminal who sells guns that kill Ukrainian people.” The boat was half-submerged in the water. He confessed responsibility after his imprisonment but was later released by the court.

Read Also – Tulsi Gabbard’s video of her speech about Ukraine goes viral on YouTube and Twitter
In this article: