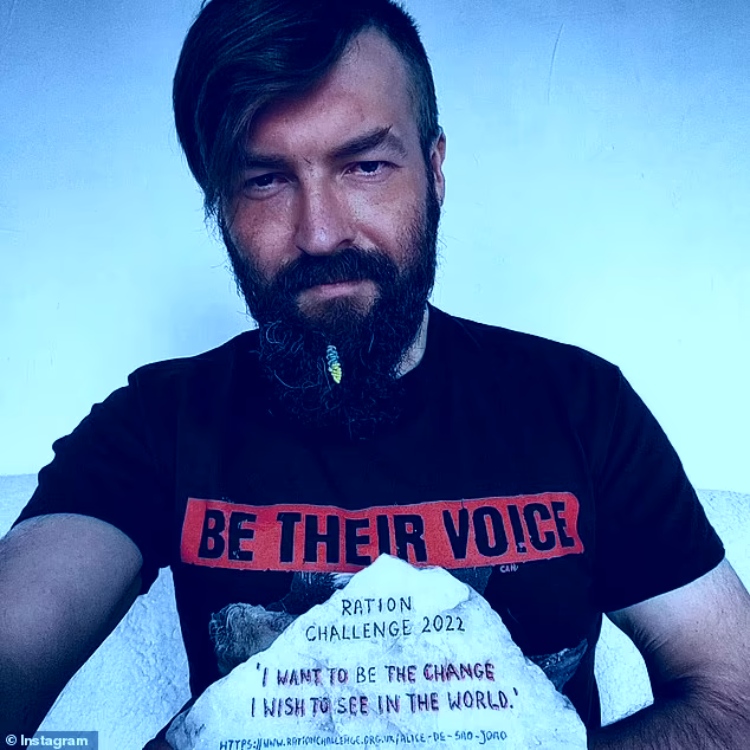 A militant vegan activist has been exposed as a hypocrite who secretly sells designer leather handbags on eBay. Rafal Mysakowski, 41, has littered the Scottish Highlands with messages painted on stones such as: “Be kind to animals or I’ll kill you.”

It has now been revealed that he is making thousands selling leather bags from his Edinburgh flat. He’s made £5,677 from 63 pieces of clothing since January – all either Gucci or Burberry. They are marked as “100 percent authentic” and “vintage”, mostly from the last 20 years, which means they are genuine leather. The most expensive was a Gucci messenger bag, sold on March 5 for £550. The ad stated: “Excellent condition – used only a couple of times, no signs of wear.”

His highest-grossing piece from Burberry was a £255 cross-body bag that was described as being in “very good condition”.

Mysakowski had a busy day on February 5 when he sold eight bags for £459.90. Just a few hours after the hammer fell on the last point, he wrote “leave the cows alone” after marching on the Grampians for his campaign.

Burberry has been criticized by People for the Ethical Treatment of Animals (Peta) for being one of the latest fashion houses to go fur-free in 2018. Peta also attacked Gucci in a brutal investigation last December that revealed workers were decapitating lizards to make bags. It said: “The lizards are tied with their feet, then brutally thrown and decapitated without being stunned, leading to a long, painful death.”